Share All sharing options for: Benzema, Higuaín and the Winter Transfer Window

At the beginning of the season, José Mourinho was clear that he thought that Real Madrid's squad needed an additional striker.  The Portuguese trainer had been concerned that the strain of a long season would be too much for a squad with only two out-and-out strikers and that an injury to either Karim Benzema or Gonzalo Higuaín would leave the team in dire straits.  Florentino Pérez denied this request, having laid out significant funds for the acquisition of Angel di María, Ricardo Carvalho, Mesut Özil and Sami Khedira, at the behest of his coach.  Mourinho seems to have been prescient in this regard, as the club have confirmed that Gonzalo Higuaín will undergo surgery and likely be unavailable for much of the remainder of the season.

Clearly the squad cannot persist with just one striker (although strikerless formations such as 4-6-0 have been used before to great success, such as by Alex Ferguson in 2007-2008 and by Luciano Spalletti at Roma), and especially not with one underperforming as badly as Benzema.  There are essentially two options for the club, each of which has benefits and serious drawbacks.  Madrid can promote from within or purchase a striker in the January transfer window.

Promotion of a youth team member is in theory a fine solution.  It is free, it allows the club to blood a potential new fan favorite and to show off its academy.  However, it is not obvious that there are any contenders in this position.  The one outstanding candidate is 18-year old Spanish striker Álvaro Morata.  Morata has a successful record on the Spanish U17, U18 and U19 teams, placing third in the 2009 U17 World Cup with two goals in four matches.  Overall he has nine goals in thirteen international games, which is not at all a bad return.

There is also some indication that he is favored by Mourinho to be called up permanently to the senior squad to fill the gap left by Higuaín if a new striker is not purchased.  Mourinho has blooded Morata twice in recent weeks, once in the 88th minute of the 3-1 win against Zaragoza and once in the 77th minute of the 8-0 obliteration of Levante, in which he acquitted himself well.  Against Levante, it was his excellent turn and shot that was saved and tapped in by Pedro León for the eighth goal.

According to Real Madrid Juvenil C coach Sergio Piña, "He reminds me of Morientes but I think he is more complete because he is better with his feet.  In the air I have not seen his equal and technically he is the best in the Real Madrid cantera."  The comparison with Morientes is certainly promising, and certainly a target man who is strong in the air and good with the ball at his feet fits well with both Mourinho attacking styles, the lightning quick ball out of defense which must be knocked down and laid off and the slick interlay of passing in midfield that bewilders opponents.

However, there must be concerns about laying such a great degree of responsibility on the shoulders of a player so young and inexperienced, with barely half a game in the top flight under his belt.  Putting confidence in Morata is a risky move, but one that could pay huge dividends if the young Spaniard proves a revelation.  We at Managing Madrid would feel much more confident about such a move were Karim Benzema playing well, but since he is not it remains a somewhat dangerous proposition.  Mourinho himself has said that he does not think that Morata is ready at this time to start for Madrid but we may see his involvement increase.

It is not clear that purchasing a player in the January window is any less risky.  Few players of quality are generally available in January, and many who are Madrid calibre would be cup-tied for the Champions League, which is highly undesirable.  Let us run through some of the possible contenders.

Cons:
-Extremely expensive, both in terms of transfer fee and wages
-Madrid has a good relationship with the City owner and the two clubs apparently have an unofficial agreement not to interfere with each other's players or transfer targets
-Unsettled, can be disruptive influence in dressing room

Likelihood: Not very, unfortunately.  Madrid's agreement with City would seem to preclude this and Pérez is not going to shell out anything in the neighborhood of his exorbitant fee in January.

Fernando Llorente
Pros:
-Top quality
-Only 25
-Spanish international
-6'5"
-Excellent aerial ability and a good targetman, but can also bang in the goals and is good with his feet
-Would fit in well with the team both culturally and in style of play
-Not cup-tied

Cons:
-May not be available in winter window
-Would be fairly expensive (in the region of 30m euro)
-Regulations bar La Liga clubs from buying players who have featured in five or more league/cup games in January

Likelihood: Of all the options, he seems the best but he will have to wait for the summer.

Likelihood: Unfortunately, this one is off.  City have agreed a deal with the Bosnian.  This does mean they may be more willing to deal on Tévez, however. 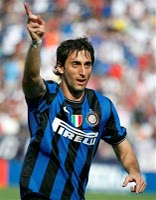 Cons:
-Cup-tied
-Poor performances this season
-May not fit in as well with Real Madrid style

Likelihood: Mourinho would probably be interested, he was linked to us in the summer, and he's out of favor with Inter.  Why not? 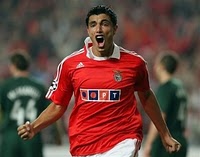 Likelihood: Lacks the name recognition or youth to be a real option.

Romelu Lulaku
Pros:
-One of the most exciting talents in football
-Desperately wants to play for Madrid
-Just 17
-25 goals in just 54 games in the Belgian League
-Already full Belgian international
-Not cup-tied

Cons:
-Risk, as he is not yet proven at the top level
-Very high cost, at around 20m euro
-Club may not want to sell up in January

Likelihood: Rumors have surfaced of a six-month loan with option to buy.  If this is possible, it seems highly likely and an ideal solution for Madrid.

A few other still more unlikely candidates have been bandied about, such as the mediocre, overpriced and disruptive Adebayor and the similarly unreliable Amauri, but these seem the best of a relatively sorry bunch.

It seems as though funds will not be available for Mourinho to spend, so a loan deal may be the only option unless he successfully  sells players from the squad, such as Mahamadou Diarra.  Either way, there isn't much value in the market at the moment and Mourinho will likely have to make do with existing options until Higuaín returns.  The latest reports indicate that the recovery process will not be as difficult as previously thought and he may be able to make his return after just two months on the sidelines.