In a move that rocked the footballing world, Real Madrid (and FC Barcelona, Manchester City and Chelsea) target Neymar signed a contract extension with his current side, the Brazilian club Santos on Wednesday. The extension came as a major shock to most journalists and football analysts, who had reported that his signing with Real Madrid was imminent as recently as Saturday (like this website).

Real Madrid President Florentino Pérez was reportedly told about the deal only moments before it was officially announced, and one Brazilian source suggested that he was "irritated" by the player's behavior, as he had recently secured a "yes" from Neymar's representatives.

According to the reports, Santos agreed to a substantial salary increase, as well as incentives and image rights considerations--the exact details of the contract include a 50% raise, and 30% of his image rights. However, Santos President Luís de Oliveira confirmed that while Neymar's contract was "guaranteed" by a major bank--Banco de Brasil--, "like all contracts, it does contain a recision clause."

Analysis after the jump.

So I know this is a bit cynical, but...doesn't this seem like the perfect move for Neymar and Santos? In my opinion, this contract extension has a lot more to do with guaranteeing that Santos receives a king's ransom for their young star than keeping Neymar in Brazil until 2014. No doubt the recision clause is astronomical; but that kind of contract only ensures that the player will not be sold for any less than the club wants.

All the headlines will focus on Neymar's "decision"--which, if you think about it, isn't a complicated one. He's 19. He's facing a choice that, on one hand would take him far away from home and not guarantee him any playing time, or on the other hand would let him remain at home with an adoring group of people who treat him like the second coming of Christ. Not a complicated decision at 19. At 22? Well, things change a lot.

Whatever happens, the kid needs a chance to grow up; whether that's under the Real Madrid family or the Santos umbrella, let's let him have some time. Oh, and if we decide to exercise the clause in his contract? Well, at least Santos got a fair price for him. 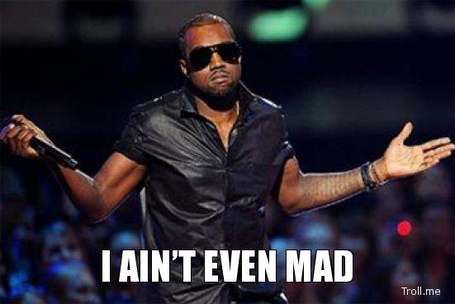