And Now, a Funny Video of Thomas Gravesen, Courtesy of Iker Casillas

Share All sharing options for: And Now, a Funny Video of Thomas Gravesen, Courtesy of Iker Casillas

Like 2.8 million other people, I follow Iker Casillas on Facebook, and I couldn't be more happy about it. (Shameless plug: like Managing Madrid on Facebook--we love you too!). Earlier today, San Iker gave us this epic picture of himself on the plane to Zaragoza (after the jump), and then he posted this equally epic video of his ex-teammate Thomas Gravesen:

You know, I always thought of Gravesen as a sort of hard-a** center midfield enforcer...but I guess I was wrong. He seems almost cute in this video, a bumbling fool who tries his best and sometimes succeeds. I wonder if that's how San Iker thinks of him as well. 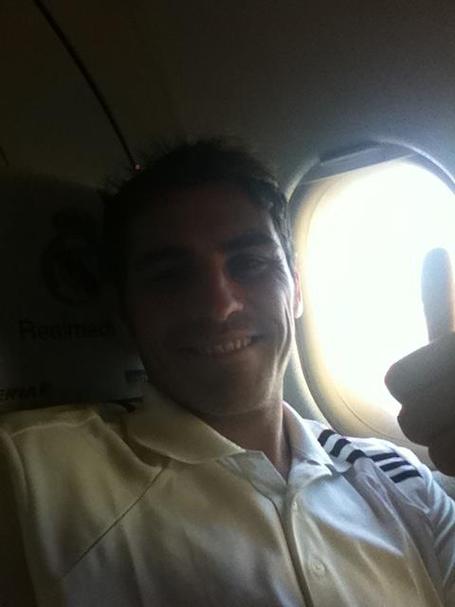