A long time ago, a young child was born. Son of a mortal mother and a god, this little boy was tormented for much of his life by the his father's jealous wife; it was this torture that lead him to go temporarily mad and kill his own children. In order to pay penance for the sins he had committed, he sought council from a powerful Oracle; she told him to serve his archenemy, a king, for ten years. This man gave him ten tasks--labors--before adding two more, unbeknownst to our hero. After he had completed the twelve labors, he would be cleaned of his sins, and able to claim his immortality. In Greek mythology, his name was Heracles; we know him as Hercules.

The first of Hercules' Twelve Labors--the tasks he had to complete before being granted his immortality--was to slay the Nemean Lion, one of the foulest beasts in the land. Its' golden coat could repel any attack; its claws, sharper than any sword, could cut through any armor. It was an epic battle.

Tonight, Real Madrid travels into the Lion's den, Bilbao, the largest city in the Basque country, to try to claim their immortality. This is not the first of Madrid's Herculean tasks--as the slaying of the Nemean Lion was for Hercules--but rather the last in a series of brutal battles that have left the side wounded, but not broken. Tonight, for the first time in what seems closer to the 10 years the Oracle of Delphi condemned Hercules to serve Eurysteus than to the four years it has actually been, Real Madrid will grasp immortality.

Consider this your thread to discuss Real Madrid's date with immortality. Be kind, respectful, and--hopefully--celebrate with class. Act like you've been there before. We'll be here with you. 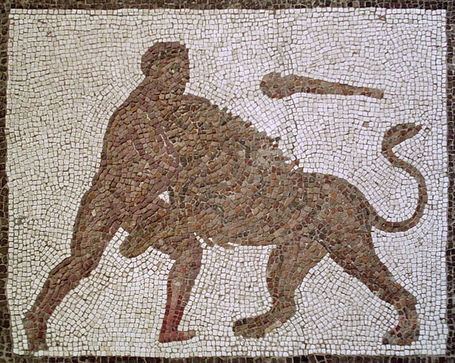