The rumors have been confirmed. These are Real Madrid's 2012-13 kits. Adidas' most emblematic players in the team (Benzema, Alonso and Casillas) posed and showed the new jerseys.

The team also published a promotional video with Kaka', Granero, Mourinho (and his son) and many more wearing the new kits. Take a look at the video after the jump.

Real Madrid's Third kit is expected to be green, but the team hasn't confirmed this yet and will make a separate promotion for it like they did with the red one.

This new kit appears to be very sober (something that I personally like), and one of the best things might be the more serious name and number that appear on the video.

A more detailed look at the kit: 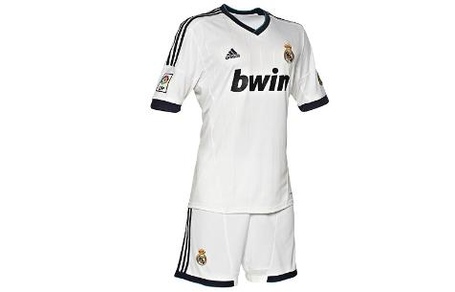 So, what do you think about the new kits?