Florentino Pérez and Real Madrid revealed today the club's home kits for the 2013-2014 season, including a 5-year deal with Fly Emirates. The famous airline replaces Bwin. Controversy because of the font used in the back of the jersey.

Real Madrid's 2013-2014 jerseys include orange details in the neck and sleeves that represent Fly Emirates' spirit. But some Real Madrid fans are already complaining about the oriental font used for the players' name and number. Some of them like it, some of them don't.

It was interesting to confirm that Kaká has not been used as one of the players in this presentation for the first time in his four seasons with Real Madrid. Could this be a hint about his future?

Fly Emirates' President also said that Real Madrid will be playing the Dubai Tournament next January. The partnership deal with Fly Emirates will end the 2017-2018 season. 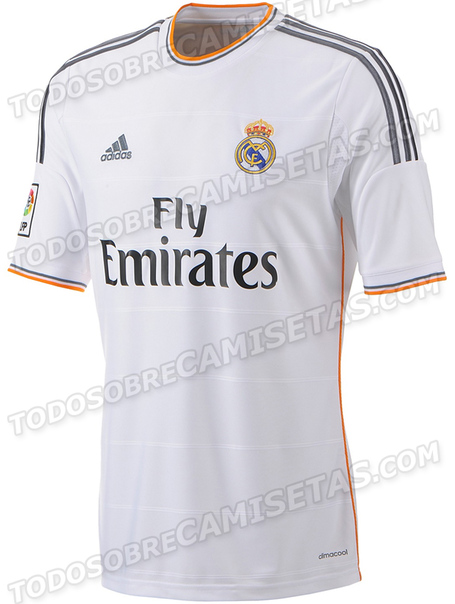