Real Madrid has confirmed José Callejón's departure to Napoli. The club will reportedly receive a transfer fee of 10M€. That way, Callejón will be fighting for his spot in a team that competes in the Champions League.

After passing the medical this Wednesday, José Callejon has officially signed for SSC Napoli. Real Madrid bought him from Espanyol for 5M€ and they're selling him two seasons after that for 10M€, so it is a very good financial move by the Spanish club.

José Callejón gave it all while playing under Real Madrid's jersey and what's why the fans are sad to see him go. But it is probably the right decision in order to give Jesé some more minutes. Callejón will now play for Rafa Benítez in his new adventure.

He leaves some very good memories. Callejón was one of Mourinho's soldiers that wanted to contribute at his best whenever the coach wanted him to without asking much. He's been a very proffessional player and we wish him all best and much success in his new team in Italy. 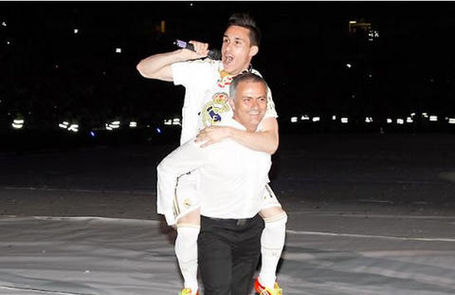