We predicted the lineups and we got them right

Just 100% like we predicted them. Ancelotti and Simeone aren't surprising anyone with their starting lineups. It will be interesting to see which team starts the match with higher intensity, because that was a big factor during the Copa del Rey Semifinals. Arbeloa and Coentrao will try to contain Atleti's efforts on the wings, meaning that Gareth Bale and Cristiano Ronaldo won't have that much help offensively than when Carvajal and Marcelo are playing. 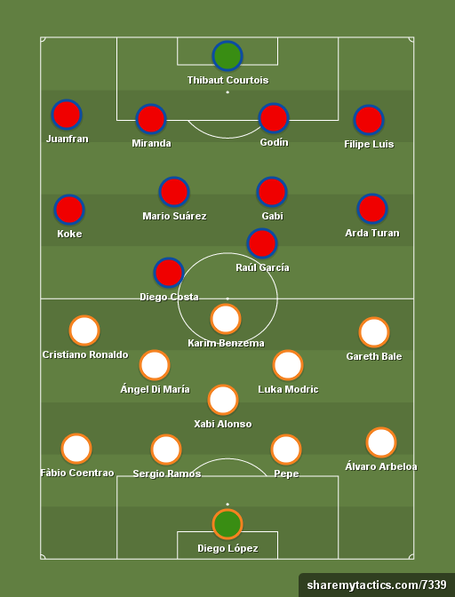