Carlo the son of Ancelotti leads the way.

Share All sharing options for: Ancelotti Leading The Quest 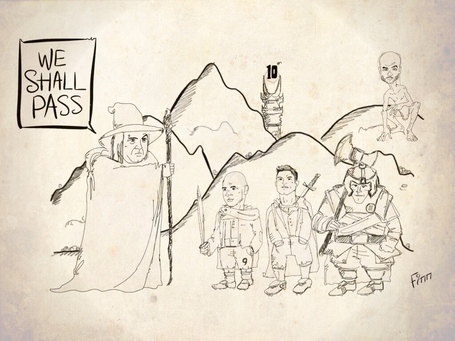 Carlo Ancelotti leads Real's quest for La Decima. But his team should still be careful about Guardiola and his players, because an early goal in Germany would make things really difficult for los blancos. Anyway, Cristiano Ronaldo and Bale will surely be in much better shape next Tuesday -the Portuguese player should rest against Osasuna and Bale will recover from his virus- so Real's counterattacks will also be a lot more dangerous. This 1-0 proved that Real Madrid are ready to compete for the treble. Two matches to go in order to achieve La Decima in Lisbon, and now, they can afford to get any kind of draw in Germany. It's a really good scenario that the players should not throw away after all the work they did on Wednesday. But the battle at the Allianz will surely be a tough one to fight.