Josh Zeitlin and I met up with Managing Madrid editor Pedro Falci, and took in the Supercopa at Quinn's Irish Pub in Manhattan (the official location of the New York City Peña).

But today Josh and I decided to head over to Quinn's Irish Pub in midtown Manhattan to watch the game with the members of the Peña (and a couple of very unwelcome Atleti fans. I mean seriously, who goes to your opponent's official supporters club to watch a match? Is this a common thing?). And while Madrid lost, we had a blast.

So for anyone living in Manhattan, I'd highly recommend heading over to Quinn's to watch los blancos: the atmosphere is exactly what you'd expect, and (amazingly) I was not the loudest person there! And cursing is welcome (as far as I can tell--no one seemed to complain as I yelled curse after curse at Simeone). And they have Guinness!

I'll be heading back to Washington, DC where I go to law school in a couple days (and I'll stop by the DC peña as well), but if you're in New York and are looking for a fun afternoon with your favorite club, well, you could do a lot worse! 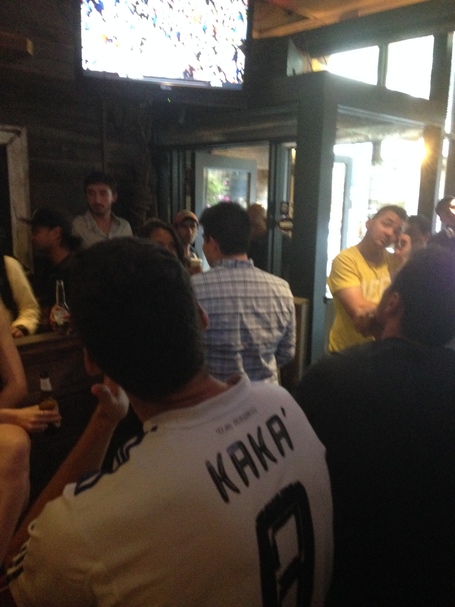 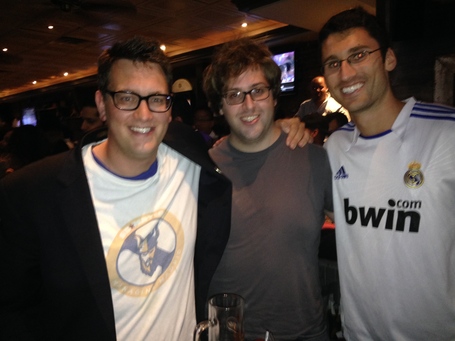 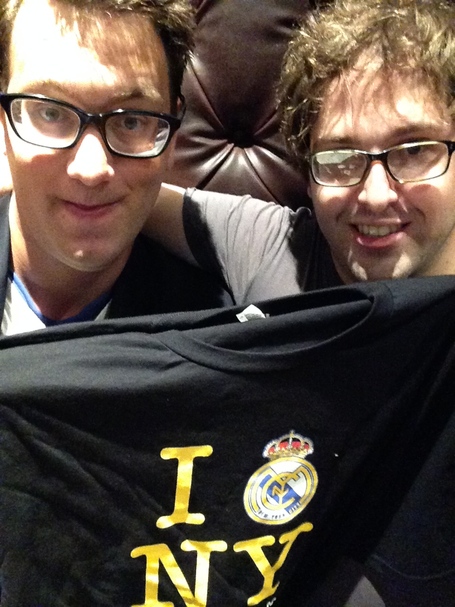 Above: Gabe and Josh show off Gabe's new t-shirt. 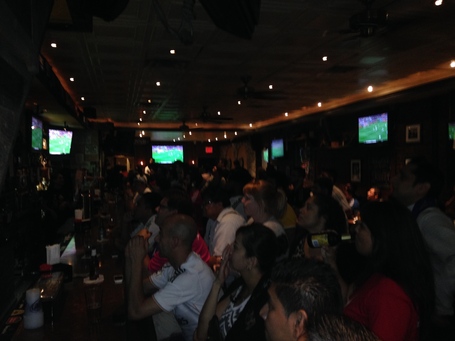 Above: The scene at Quinn's. 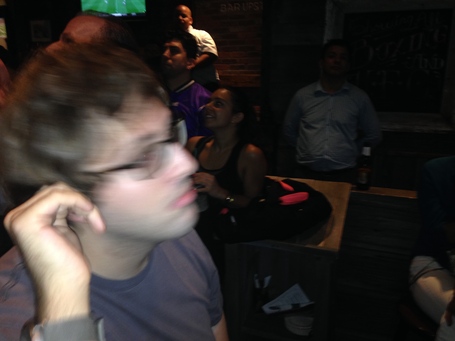 And finally: some housekeeping questions, MM. I posted the photo below on Twitter before the game to let any MM reader at the bar come find me. Apparently, some of you would be interested in obtaining a Managing Madrid t-shirt, so I'm using this post to float the idea. 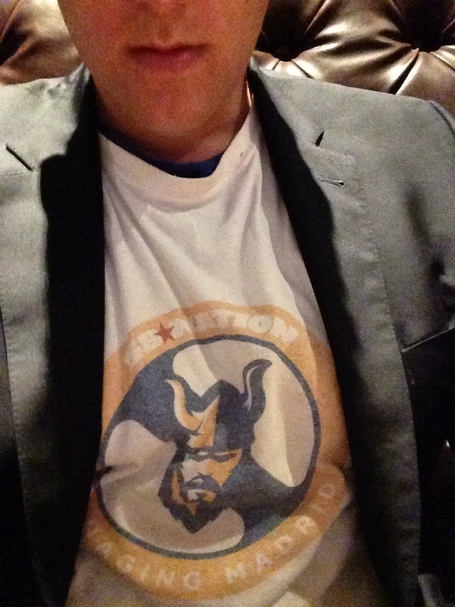 So, MM: would you be interested in Managing Madrid merchandise? Would you buy it if we sold it? Please vote in the poll (below), and we'll decide whether we want to launch an MM store.