Let's turn back time, dust off it all

The year began with James' goal

We waited for discoveries

It was the match against Sevilla

So yes, we beat that bold plantilla*

It was just the beginning

We had a great feeling... 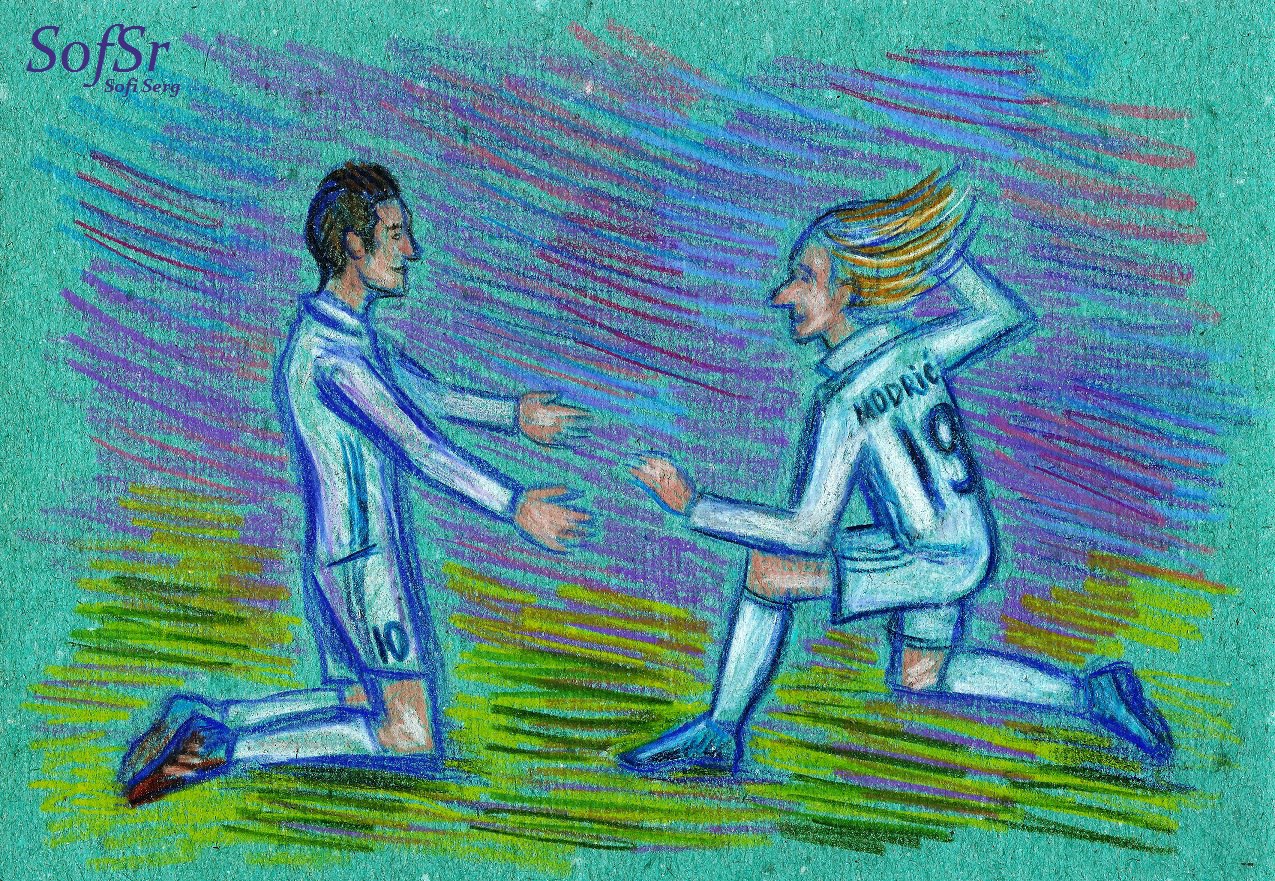 We scored five goals against Granada

And had a lot of fun that day

We didn't know that soon the odds would come to nada*

And you would blame our bravado

For all the luck we gave away

It was a few days later

Oh no, the gift for our hater

We wrapped it in a golden paper

Zidane was so on edge 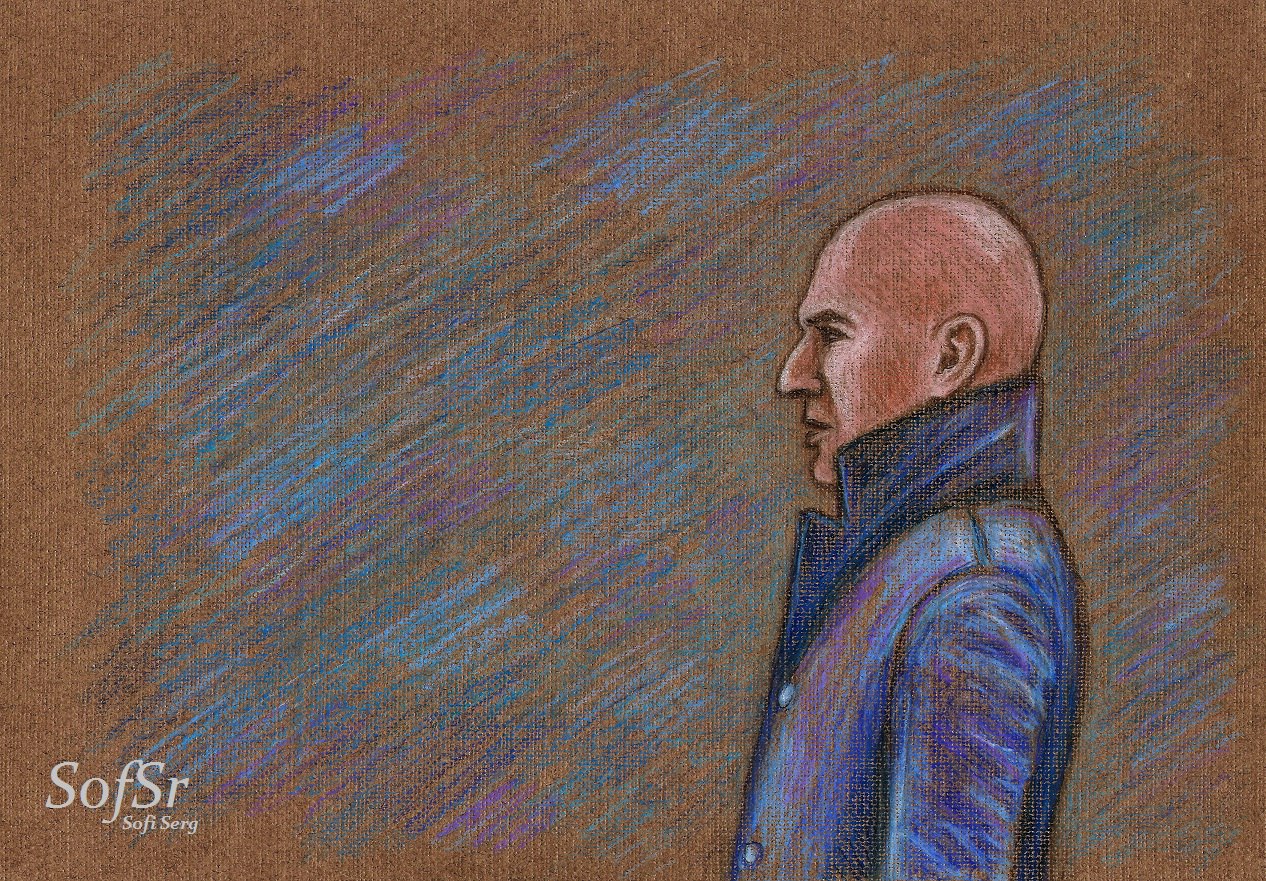 We lost against Celta de Vigo

Right on our way to the Copa Del Rey

It wasn't his day

And we gave the Copa

To the birds of prey 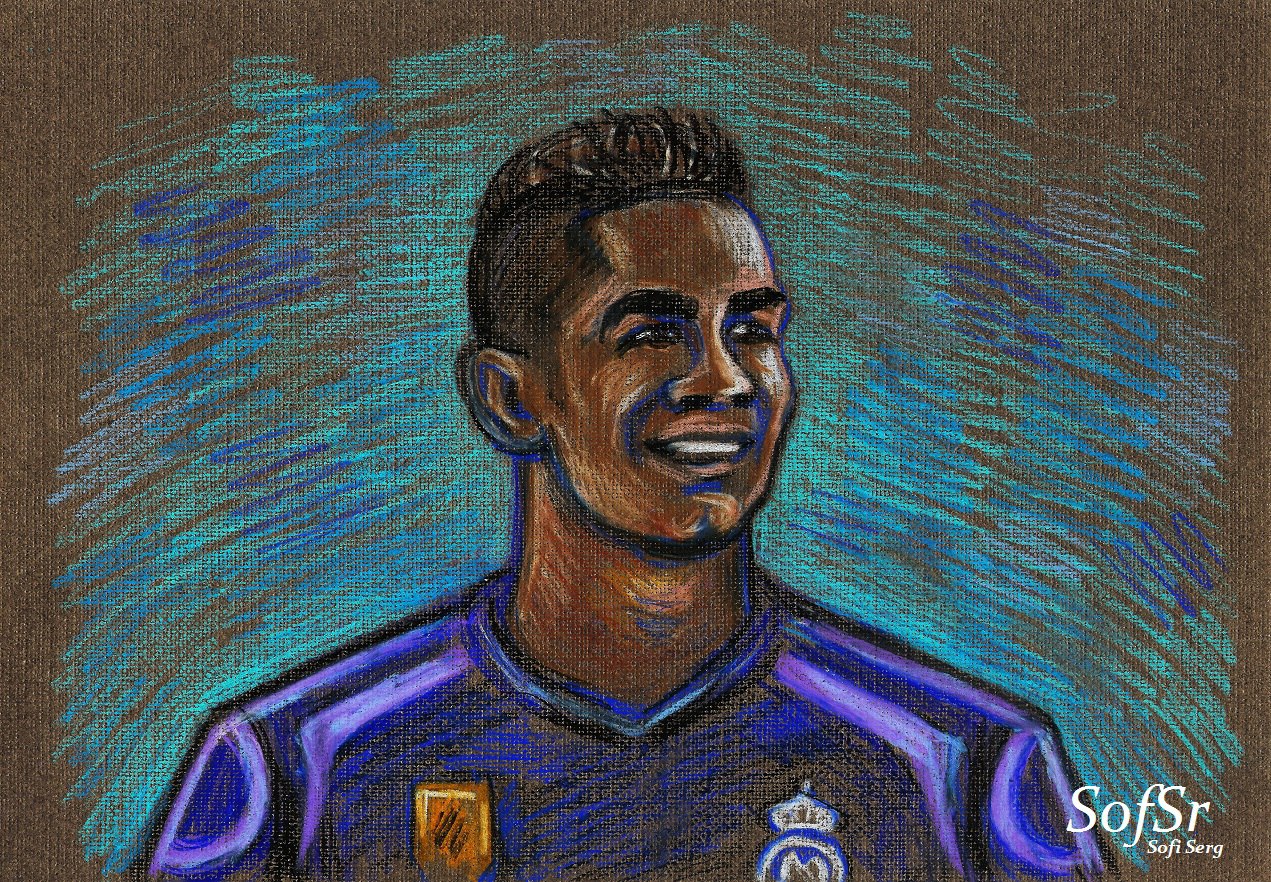 And then in March

We climbed on the Vesuvius*

It was a crazy match

They all were curious, while we were furious

But our game was glorious

So yes, we were in charge

And it was very serious 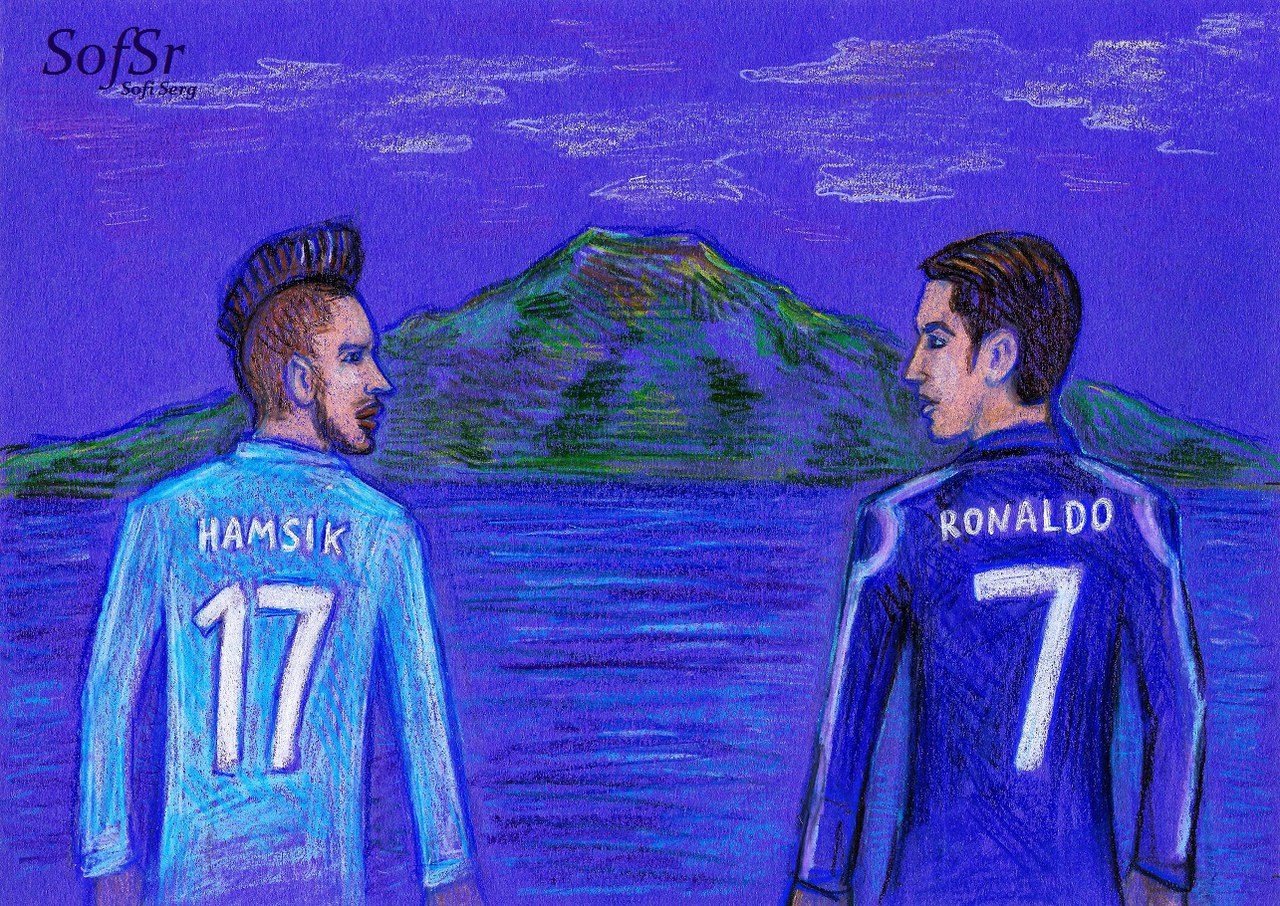 Another stage, another match and other dramas

And we were not afraid of Bayern

And our fans were screaming: "Vamos!" *

In all those lights of reddish colours

And now, after all the dramas 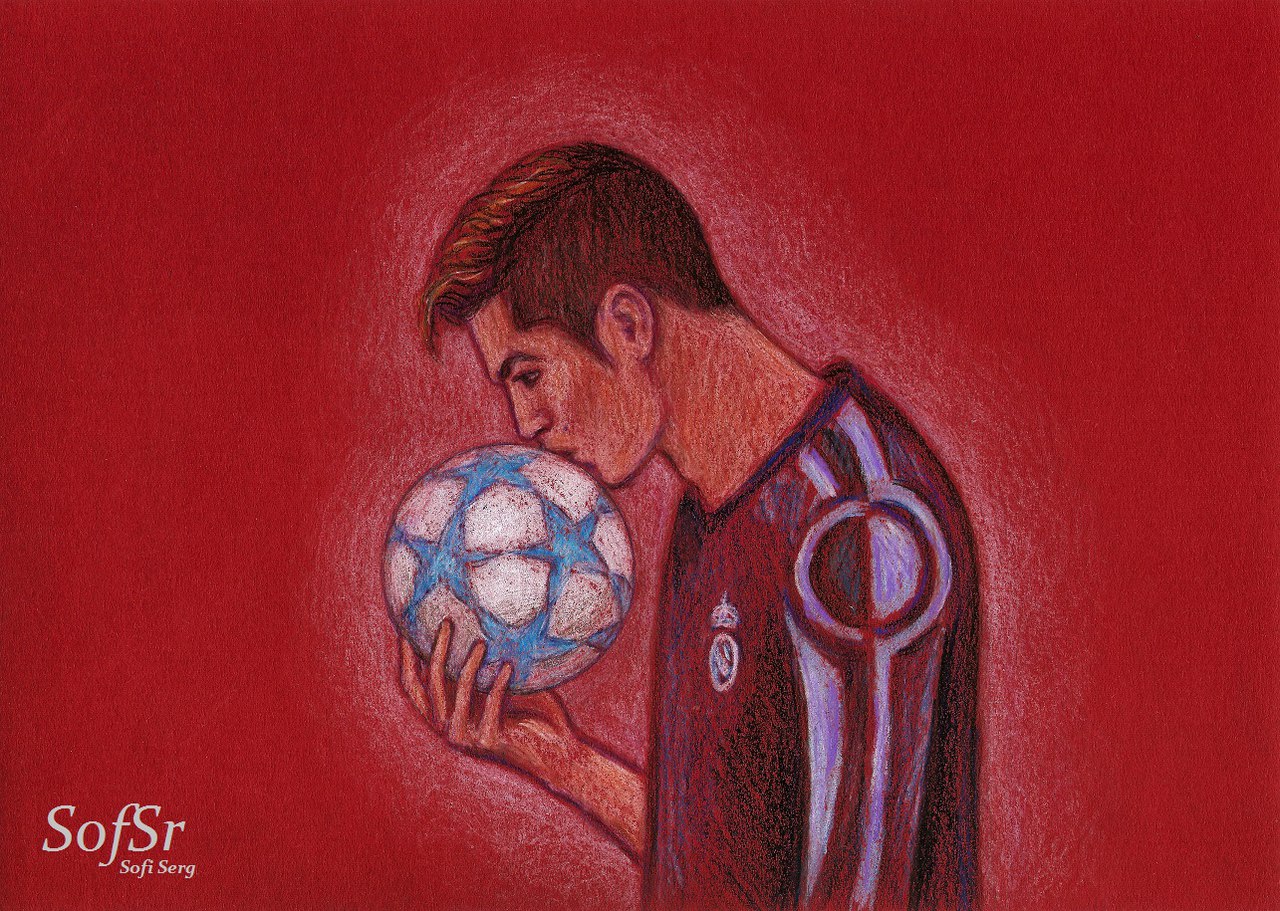 The second match was on our side

We broke the rules, we crossed the lines

And maybe our aims were quite offside

And maybe we regret that thing sometimes

But we won't ever say it, because of our pride

Now they can call it one of our biggest crimes

But we will hide the truth inside

And yes, we're gonna win this cup a thousand times, 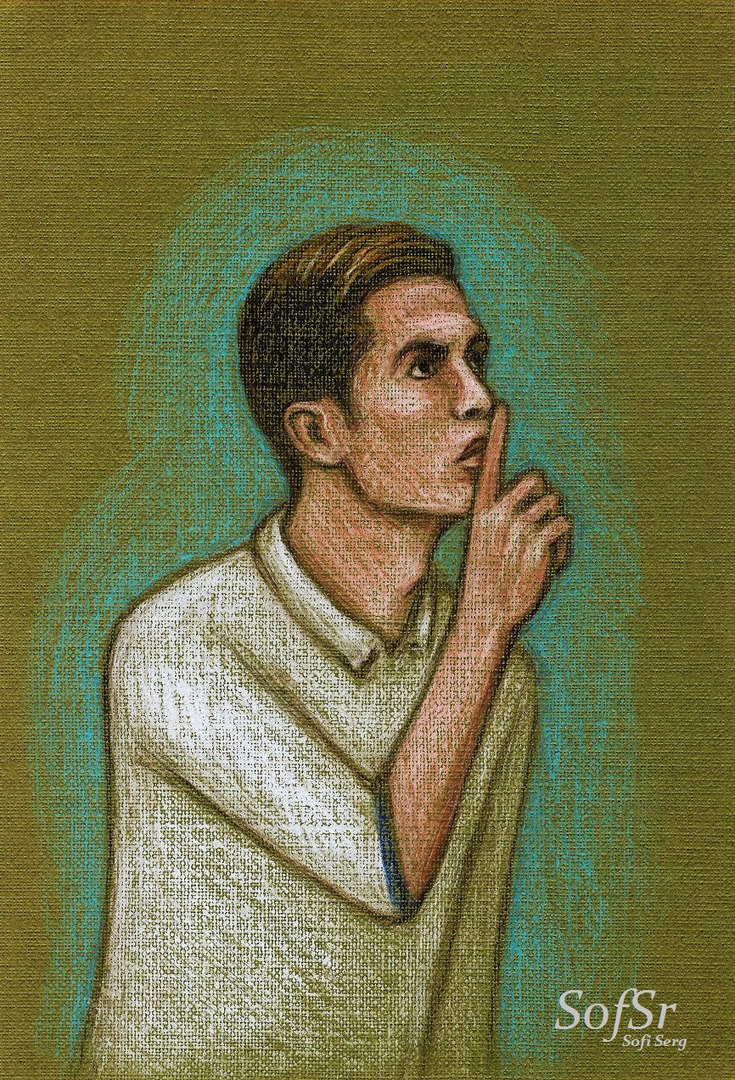 We tried to find something greater

In that fateful El Clasico

We tried to play feérico*

But there was someone named Messi

He showed us his jersey

And made us looking messy

He said: "Remember the name"

But there's no place for him in our hall of fame 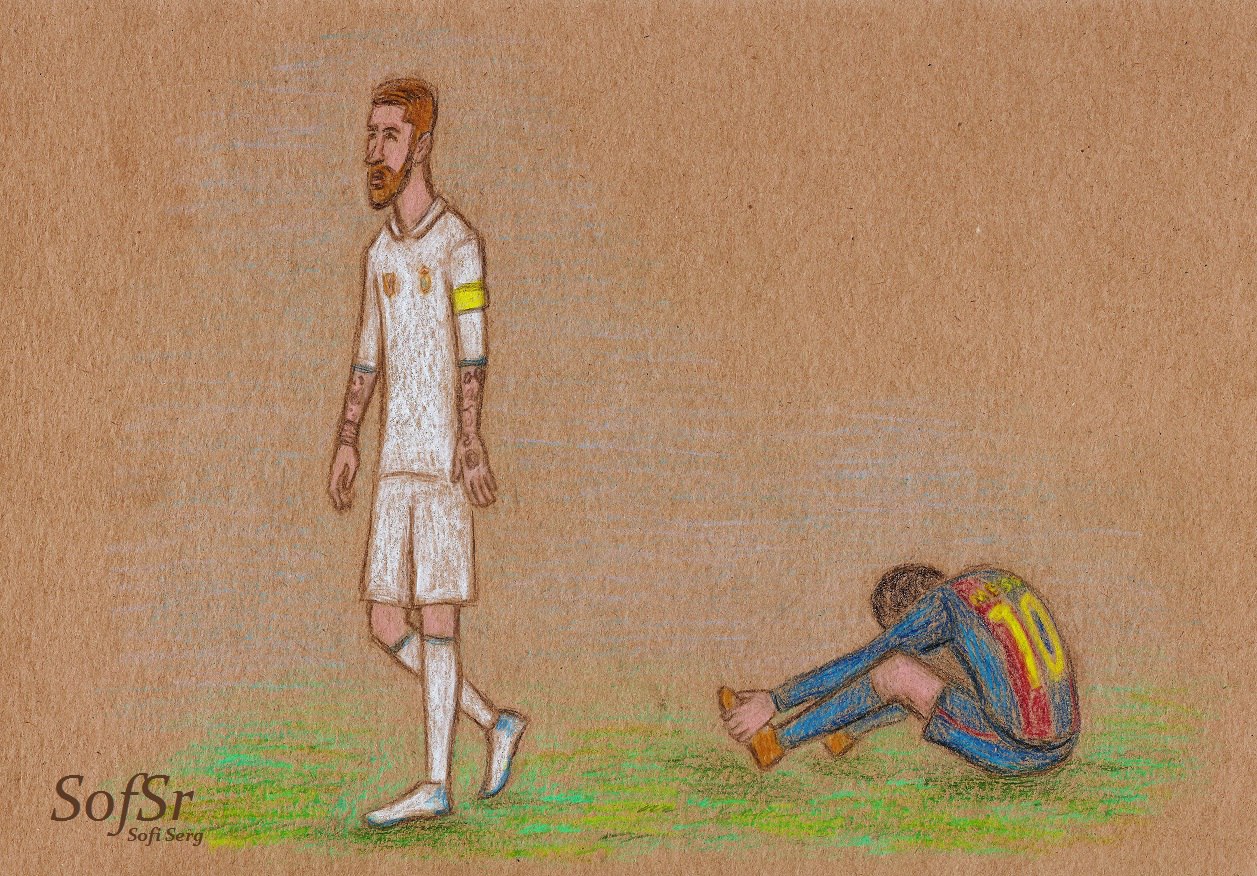 In that fateful El Clasico

The scenery was very classic

We failed, but it was our test

And do you know what happened next?

We lost that match but won the league

Or else we could have missed it all 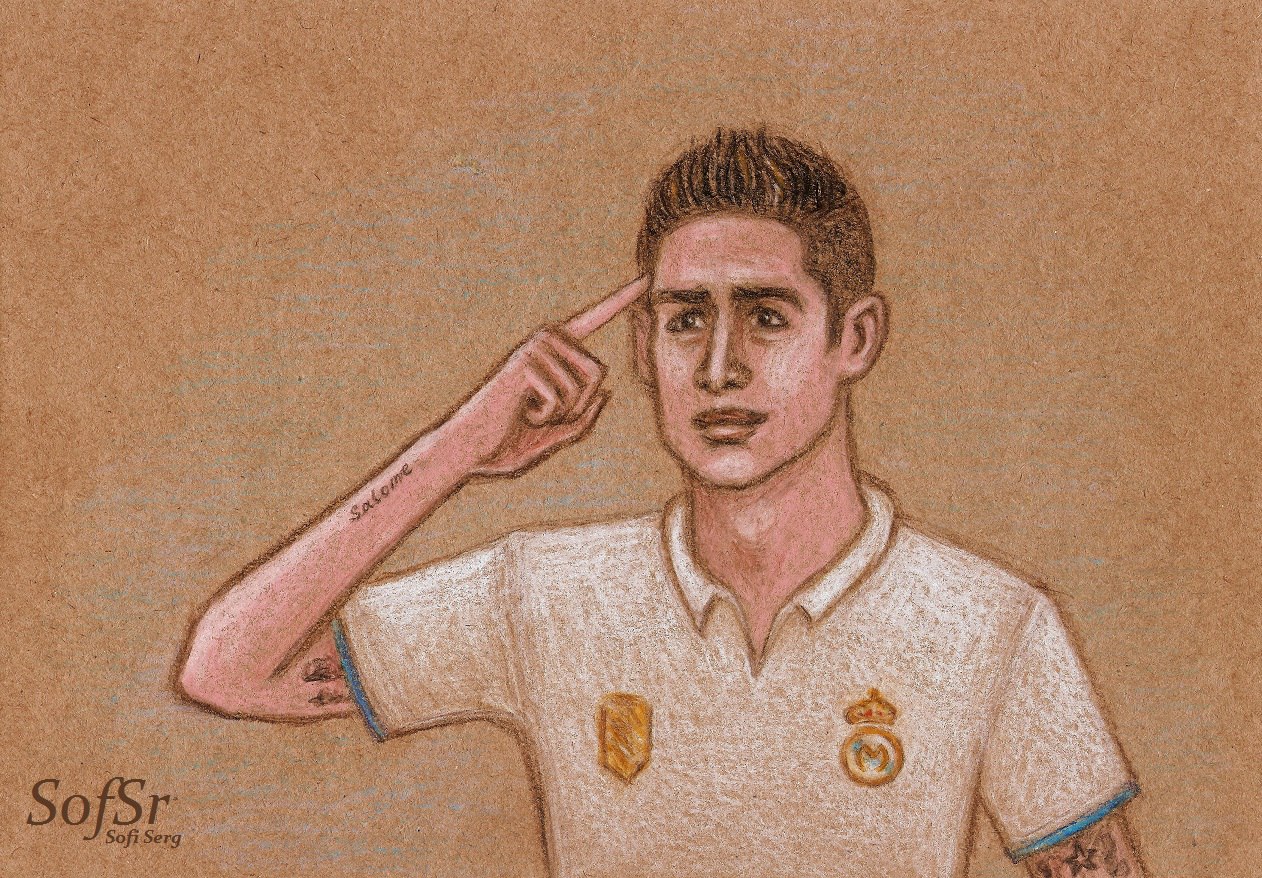 That story was alright

It was in May,

As always, we were wearing white

We tried not to go astray

But then Atleti came to fight*

They tried to stop us on our way

But our hopes were just too bright

It was the game we dreamed to play

We heard the sound of the light 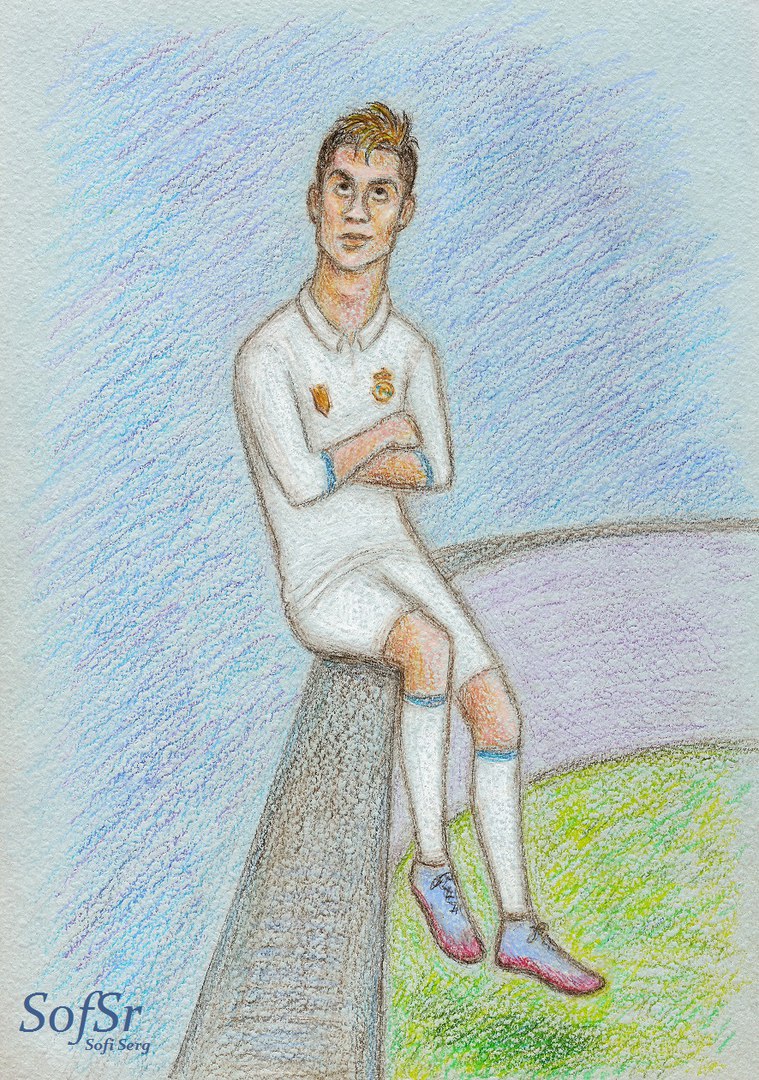 The final was so near

At first, the sky just seemed so clear

Wait, did you hear?

That thunder on the Calderon

We only had a secret fear

A dart of lightning in that stone

But then it all had gone

We all stand here, all alone

We weren't afraid of the cyclone 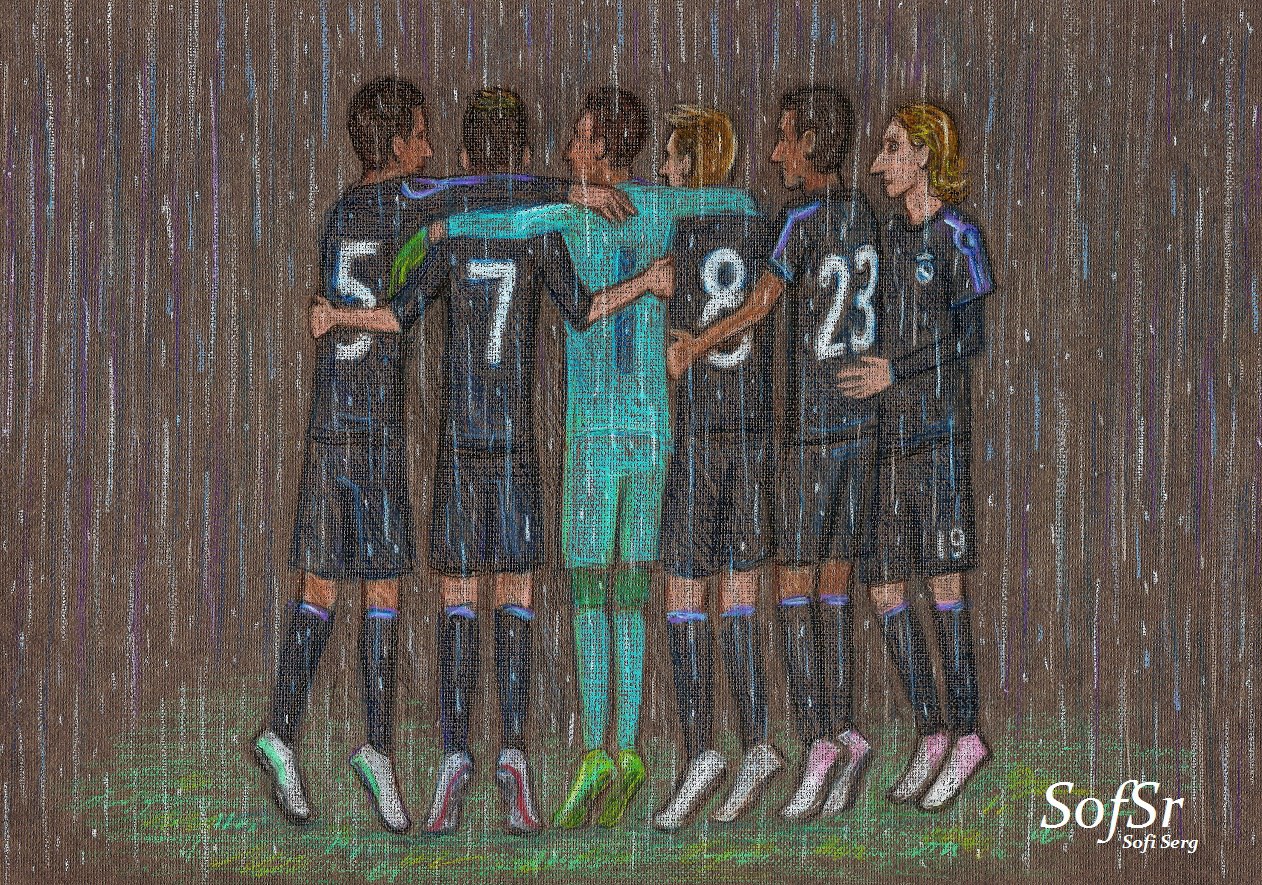 But our dreams were getting bigger

Because this club is a gold digger

And even La Rosaleda's loud crowd*

Is not a real problem, so let us grab the crown

And they can call us sinners, but we will always be the winners

I think that all the fight is really worth it

But wait, where is our trophy? 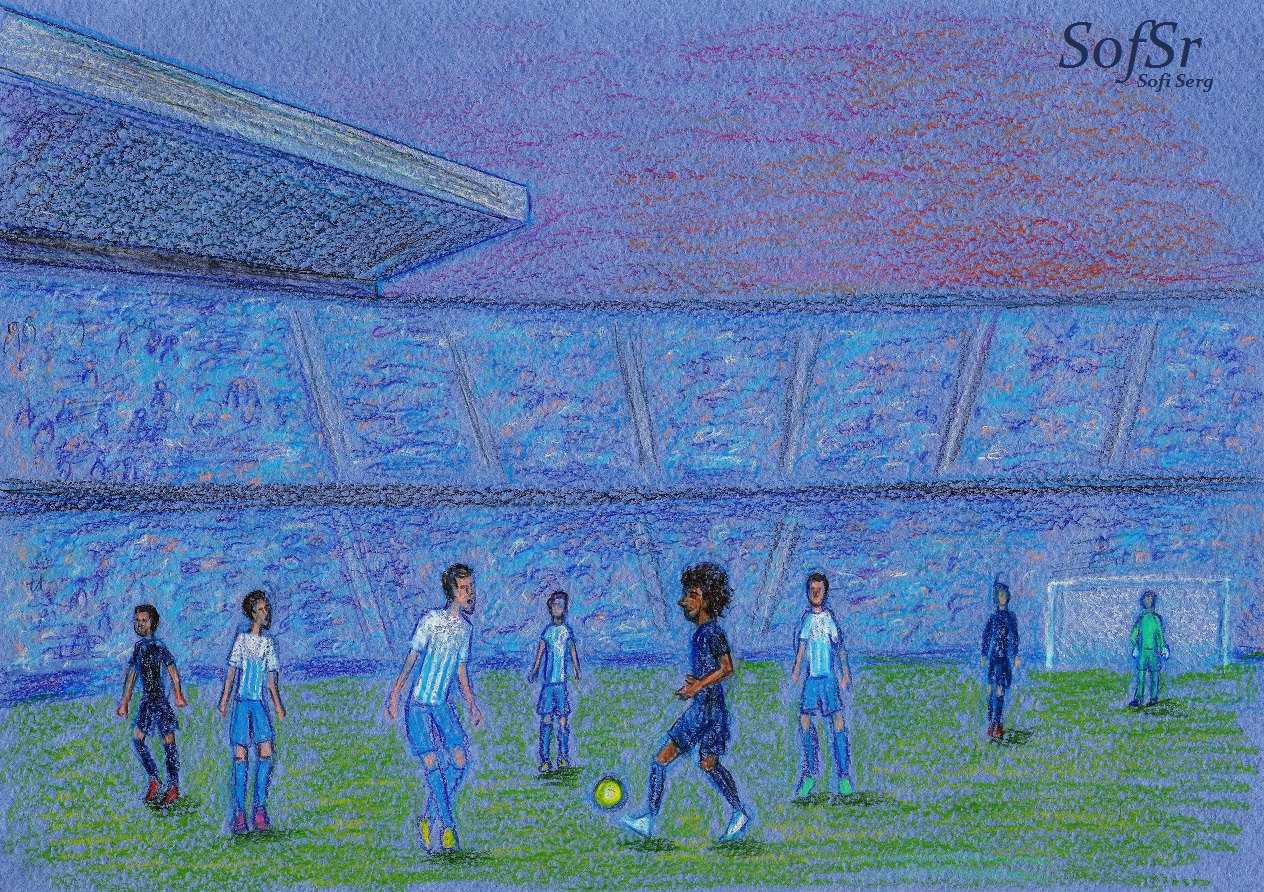 They said: "You'll get the trophy soon thereafter"

But does it really matter?

So please, don't stop the celebration

It's gonna be a great sensation

So hurry up, Cibeles square is our destination

Don't sleep, tonight you are the king

And Sergio is gonna sing

Sound on, it's "Despacito"*

And don't forget this crazy spring 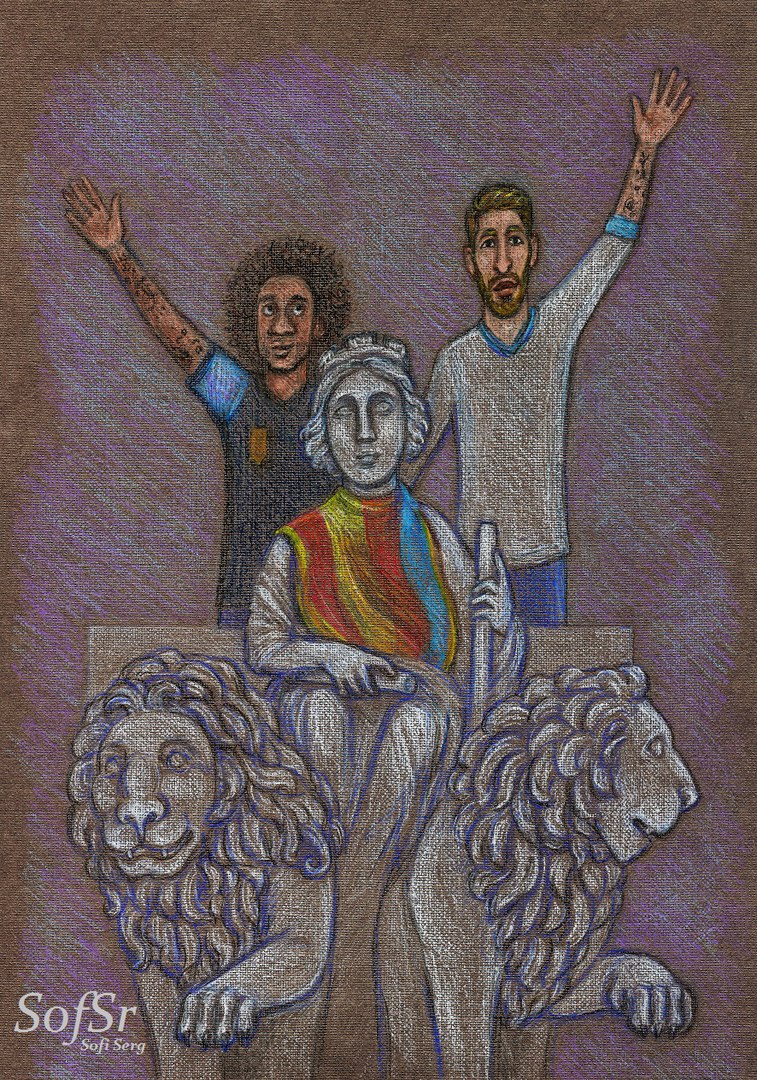 The second of June

We heard the sound of a quiet tune

Our greatest moment would come soon

We were sleepless at midnight

How could we make it right...

The third of June, the cloudy sky

A few onlookers were passing by

They said we always lie and cry

And they told us a scary tale

About Juve and their fame

Well, now they want to take their phrases back 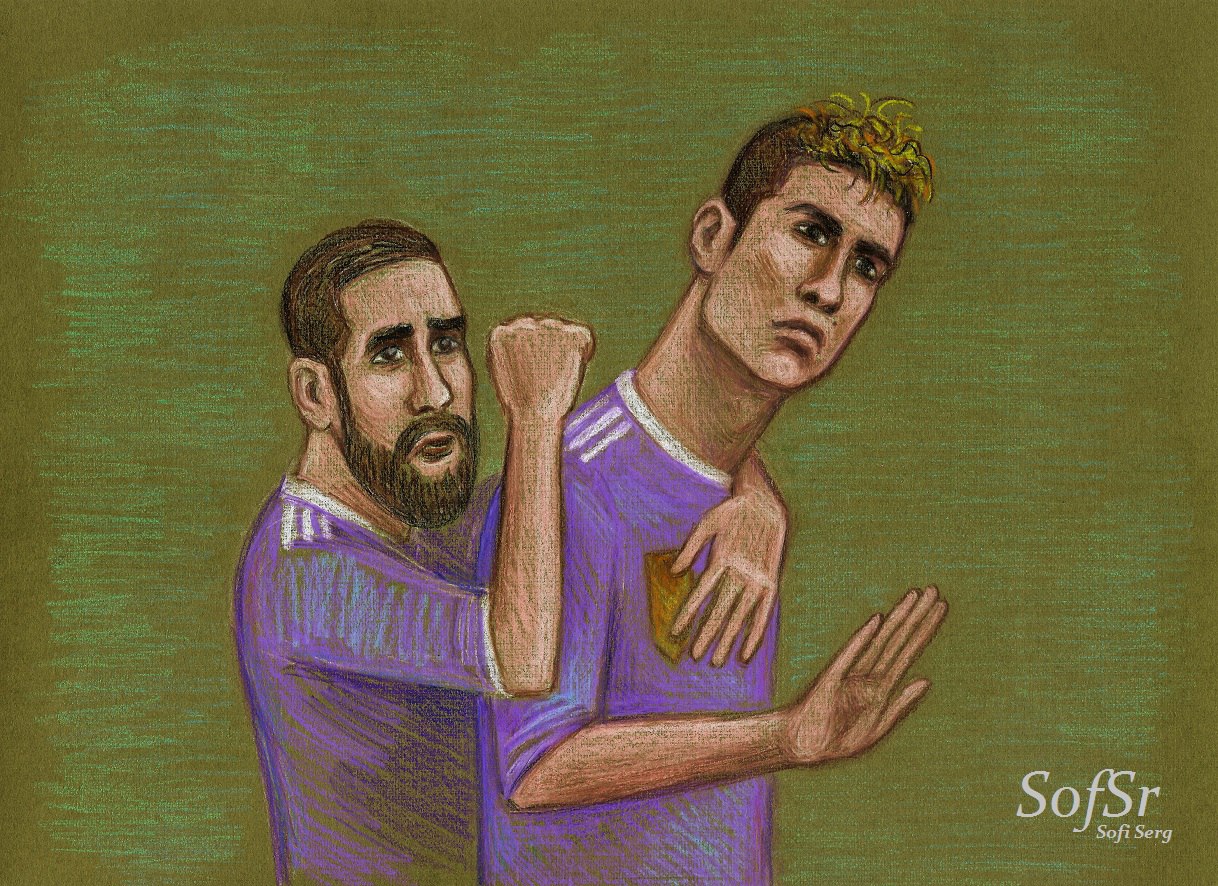 It was the moment of truth

Do they still need any proof?

Our jerseys had the colour of a poisonous berry

And our team just seemed too scary

Then we impressed ourselves again

It was the end of the purple season

And at the end, we had a perfect reason

Ramos raised up the cup that we were fighting for

We were sleepless till sunlight... 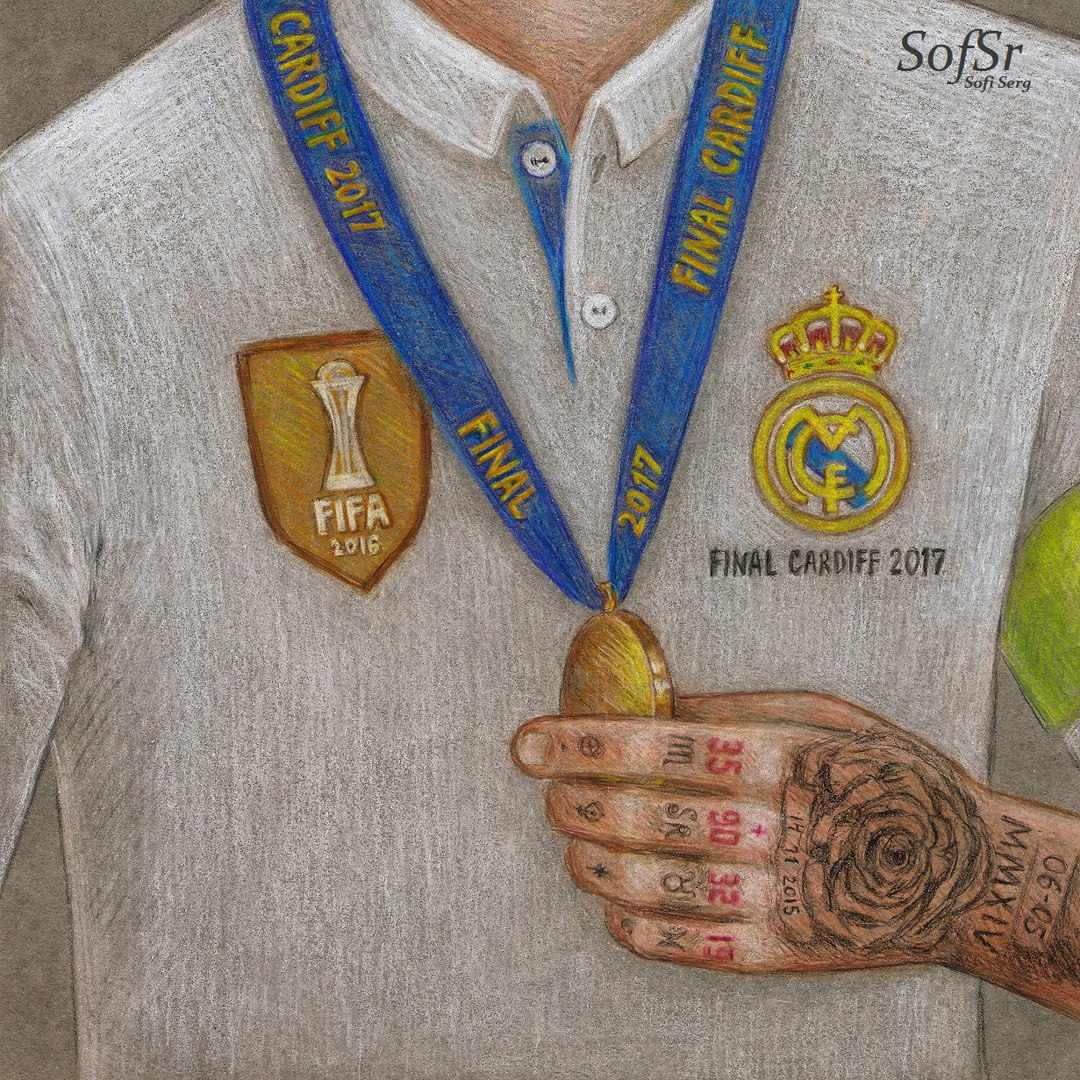 In the middle of that August

We were still the strongest

It wasn't the bigging

So let's be very honest

We had a bad feeling

Well, maybe they have other dreams

We kicked United in the Super Cup

And our loyal fans cheered us up

While our plans were crushing down

And we were losing gems from our crown

And then El Clasico, again

We were prepared for this game

Another Super Cup was on the line

But those gold medals made us blind...

Cristiano jumped from a flying comet

Pique was wearing his wife's bonnet

Kovacic put Messi in the pocket

Suarez was just our poppet

We weren't playing for a profit

And let me pretend that I'm a prophet

I knew it all could change just in a moment...

A few next mouths were our rock

We fell down in the art block

I think we really had to talk

We lost a fight against the hawk

It was the moment of a shock

So let's admit, we took a knock 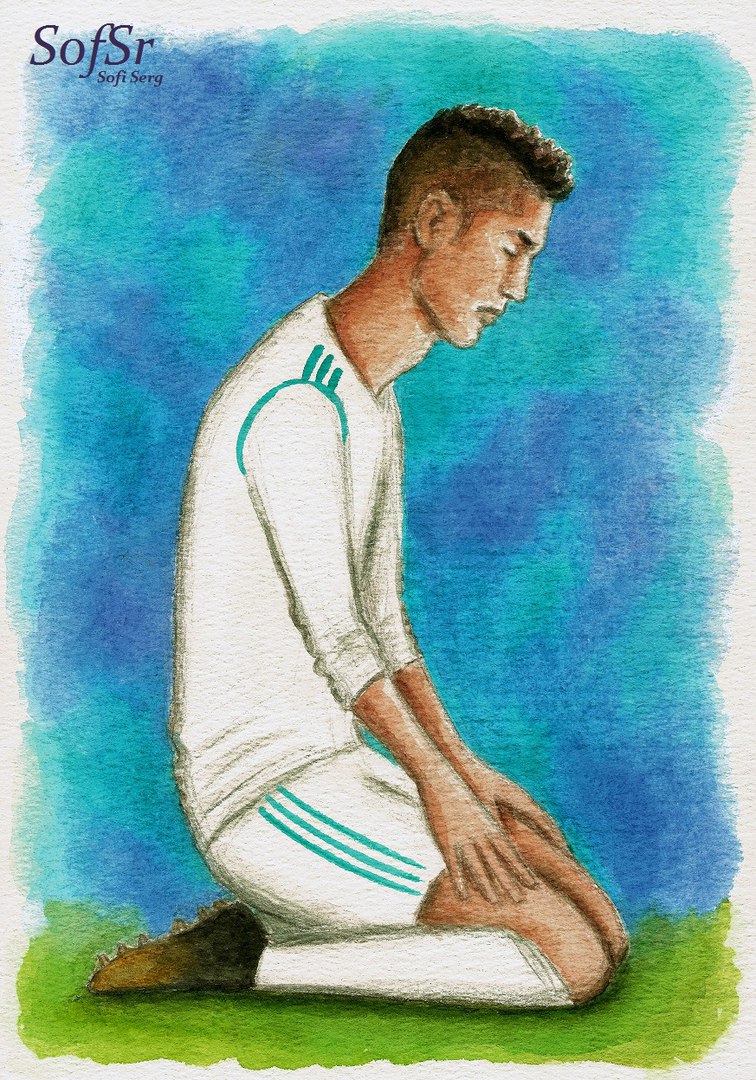 We were crushed down by the Spurs

And then we crashed into closed doors

Can't forget our defeat against Betis

How could we get all this?

And our shame against Girona

We gave our luck to Barcelona

We were drowning in a teal sea

And couldn't finish our deal

So we asked for a peace plea... 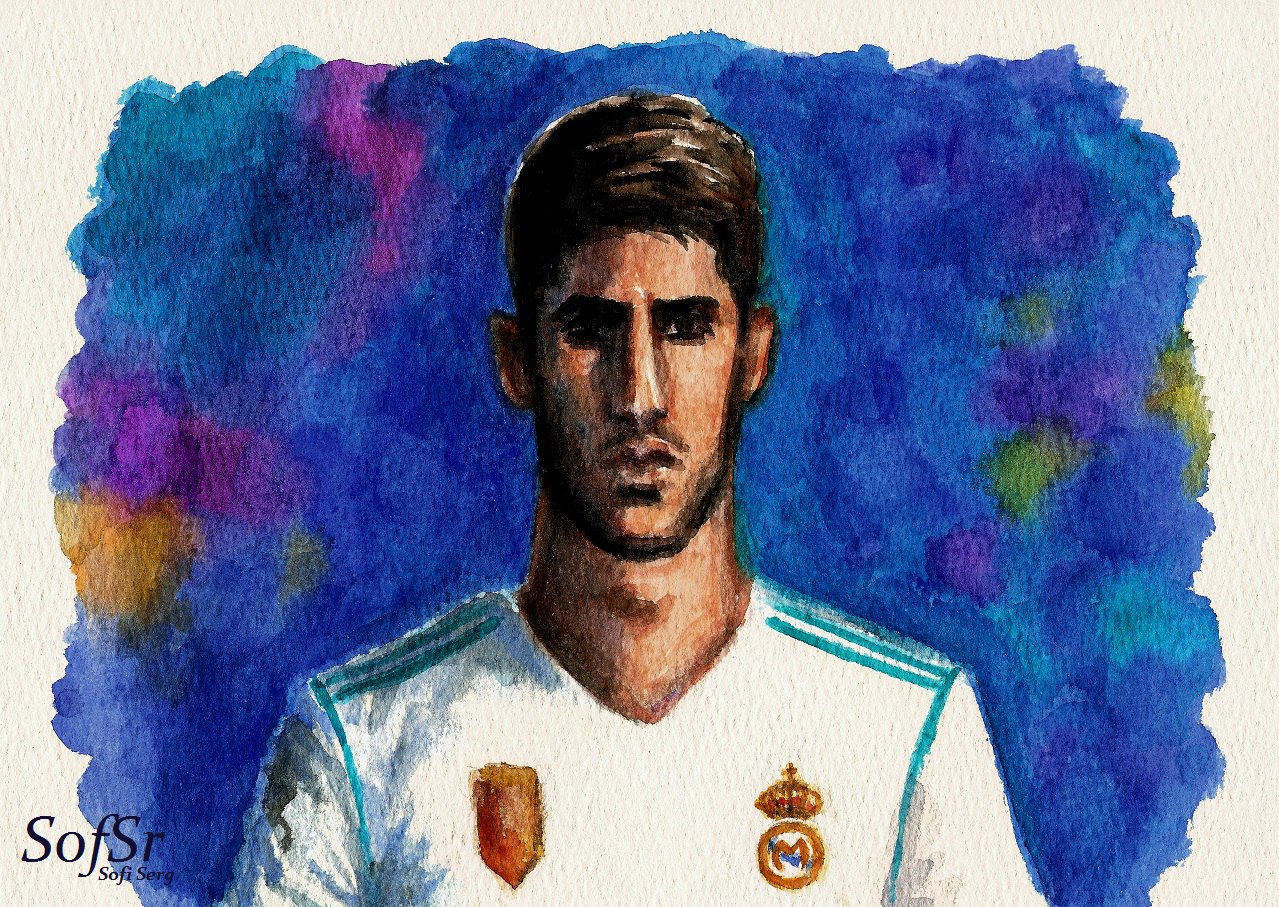 We thought this fear would last forever

We reached the bottom very fast

And we would lose our games whatever

And our gold would start to rust

Due to Madrid's terrible weather

But all you had to do was trust 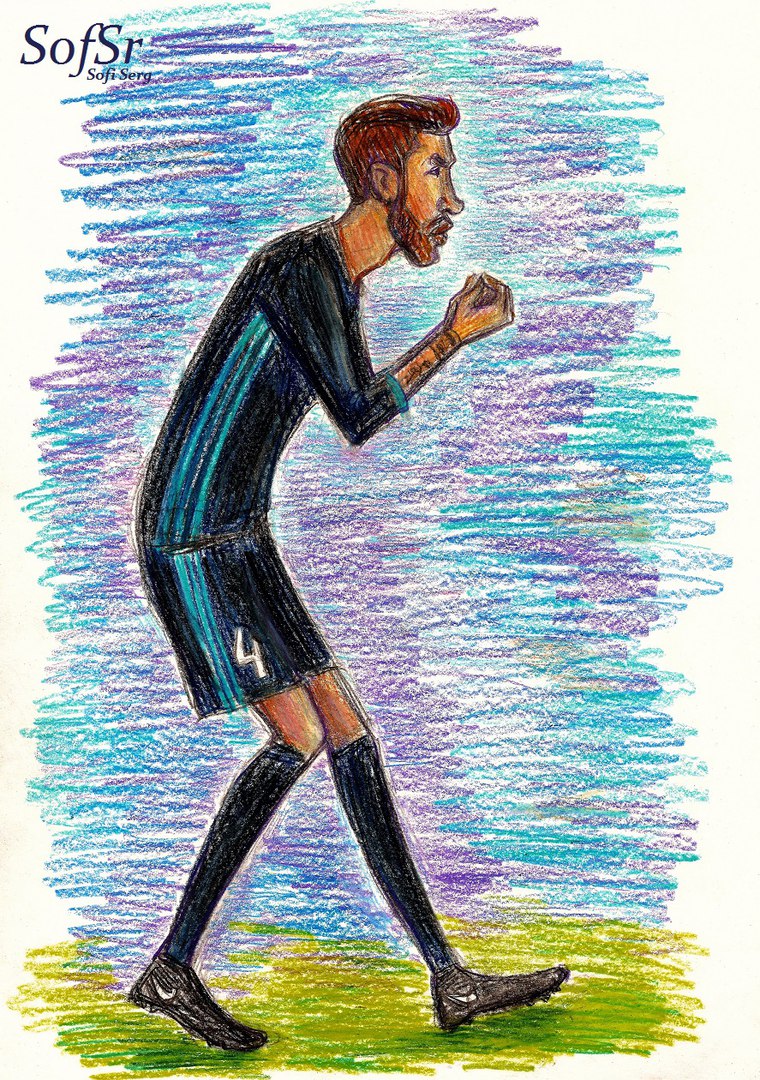 I bet you know a hundred stories

About famous heroes and their golden age

Trust me, we got through all those journeys

And then our fans were all on edge

Honestly, there were no worries

It was a precise moment without any hurries

This time we made a change 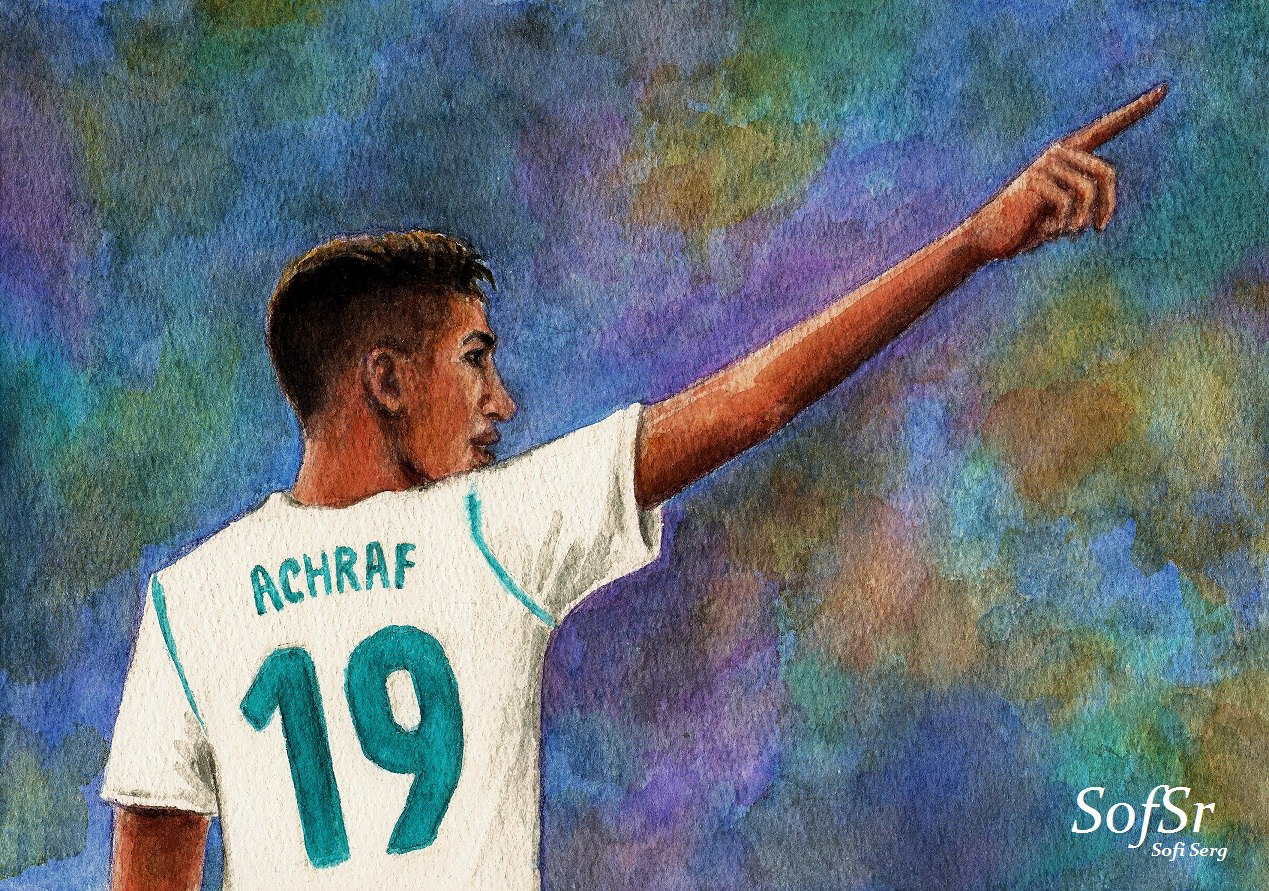 There was another title we could get

With our fans right in the stands

It was a trip we won't forget

We held that cup in our hands

And then at sunset...

We heard the sound of Arabic sand

It was a quiet whisper:

"You are the champions, but this is not the end" 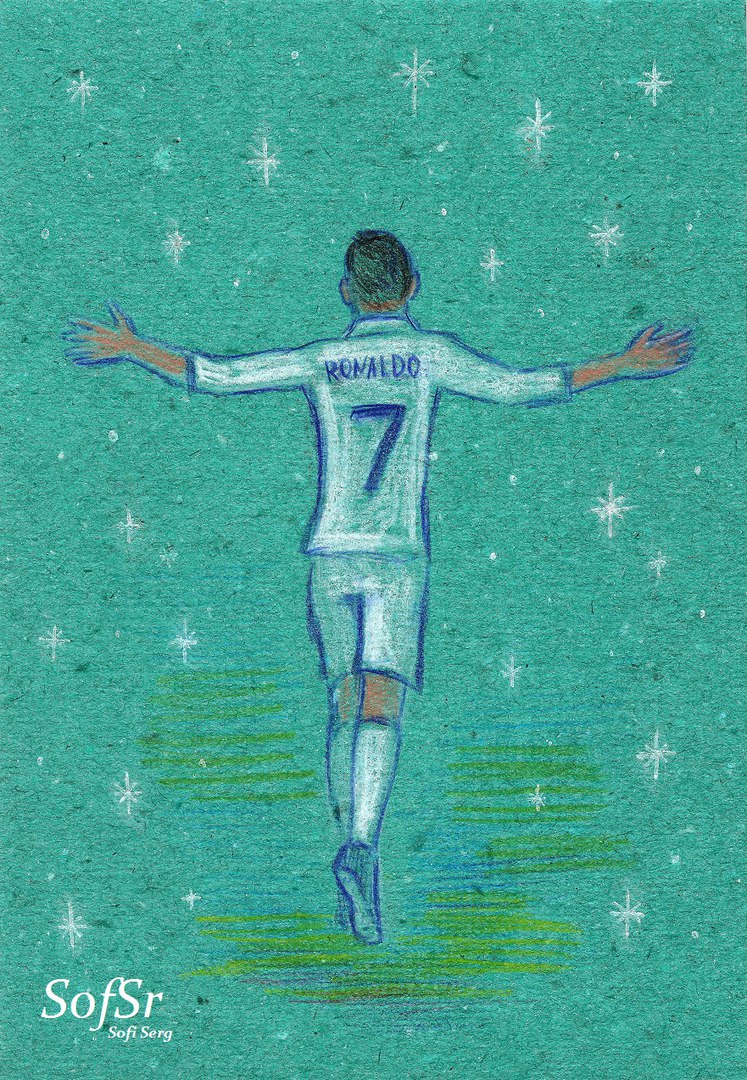 So, we were coming home to finish our business

The fans were dreaming of a White Christmas

And please, don't disappoint us"

El Clasico was full of pain

It was our last match of December

And a noisy day for Spain

Messi conjured in the centre

Let's hope there are some points we can gain

There is a phrase that sounds like a soundtrack

I'm sure you know it too

Real Madrid will soon come back

I'm sure you know what we are gonna do

Right on that endless football story

It was the year of glory

Atleti - the nickname of Atletico Madrid 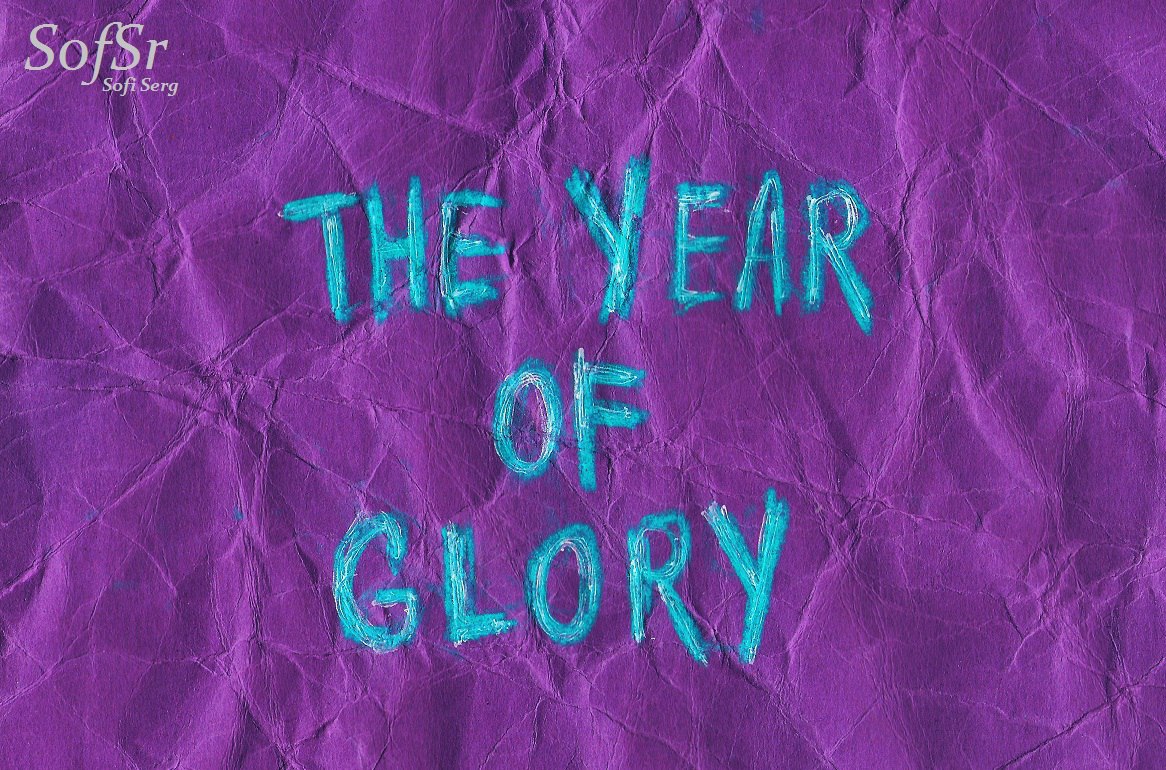 All these drawings are created by me.
Well, here's my new fanpost, let's call it "a very unusual review of Real Madrid's achievements in 2017". So many different things happened with Madridistas this year, so I decided that writing a poem would be the best way to capture them. Anyway, I hope you like it.

For those who've been asking about my next posts: I'm currently working on a couple of big articles and I can't wait to share them with you. It will take some time because I have to do a research and make some new drawings. Follow me on socials to not miss the upcoming news: Facebook, Twitter, Instagram.

It was definitely a great year for our club. What's been your most memorable moment of Real Madrid in 2017? Which match did you like the most? Do you have any predictions for the upcoming year?