Athletico Madrid had once again made our UCL rivalry conventional by not giving their very best unexpectedly. However, we are through to the finals and we gonna face Juventus who are being recently over-hyped for their extraordinary win over FC Barcelona. The support and overpraises for them are really intense from media and fanbases of Barcelona just like they did & doing for Pep Guardiola. Well, I'm not going to degrade them but they are the equal opponents to us. Nothing much or lower than that.

Let's have a quick look how we can nullify Juventus so that we can taste the sweet revenge for 2015 UCL semifinal along with Duo Decima.!

DO WE NEED A CHANGE IN FORMATION.? NO

We don't need vicissitudes of our formation. Its better we go with our same 433 or 442 which we have been using throughout the season. There are discussions we can see about using 3 men at defense as Atalanta did with them. Of course, that seems to be positive. But on the other hand Barcelona failed with 3 men defense in their first leg. However it raises the question about our formation choice.

If its 433, we will have Benzema, Ronaldo and James/Asensio/Vasquez in starting lineup. We saw how MSN was easily neutralized by their defense. Neymar was the one who easily pierced with his quick skills but still failed to pass the ball to the center of the box.

So, all we need is the winger who can have a great vision and wit from long away from the opposition defense. It is really needed to overcome Juve's defense and the perfect player to do this is James Rodriguez among Asensio and Vasquez. We have to start with James.

If 442 is used, it's better to use Isco behind two strikers. He will bring a good balanced play in all parts of the match. If we play James along with Isco in midfield it will create a clean play with balanced numbers and that is needed with Juve. Substituting James or Isco will also be a good idea.

Never gets old it seems. It's really weird to have too much confidence on Benzema as he didn't keep up his work at a well trusted level. Choosing among Benzema or Morata for primary striker is upto Zidane. Let's be honest in this. This selection is going to decide our title. If Zidane's confidence over Benzema goes as like in El Clasico, we will mostly don't survive. Replacing him with Morata seems to be the best option theoretically and psychologically. 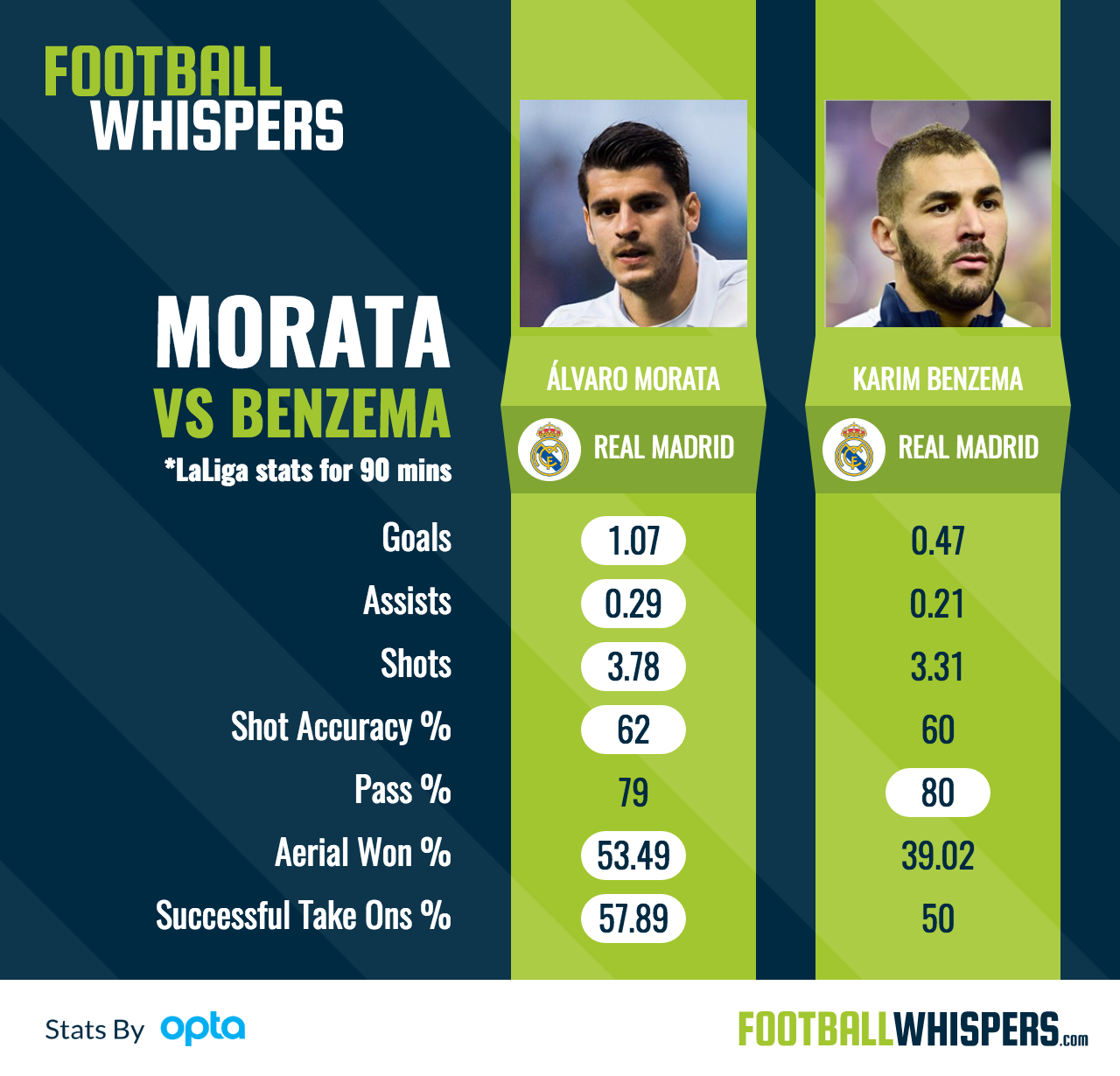 Not only on sheets, Morata will be our key to decode their defensive plays on field being played with them last season. Starting Morata and substituting Benzema will be the better option considering these factors.

But the positive for starting Benzema is being unpredictable that he scores in the most unexpected times. Sounds superstitious but its being a pattern if we remember his efforts against Dortmund and Napoli. We can hope on that.

MAKE A HOLE IN THE WALL:

Indeed.! Their defense is a mighty wall and this earns a huge respect for them. The powerful weapon to destabilize them is to use our midfield in a very effective way. Since we have a strong wing support via fullbacks and better in air, it will be wise to use our midfielders to pressure Juventus' center-backs. If our midfield puts a huge press on them, it will be easier to crack their defense with our clinical forwards. Then the only job left will be to net the ball by surpassing Buffon.

FORMIDABLE IN THEIR OWN HALF:

We will really struggle if we give them the chance to score the first goal. They are really in their best shape in holding on to the ball. If the team provides such a fantastic defensive plays, the GK will be surely motivated. Yes. Highly self motivated Buffon will be charged more with huge confidence and that's literally hazardous to us.

DAREDEVIL DANI: This man should be treated wisely as he has the huge potential to steal the show from us. He is the important key for their team as he knows mostly about us being an ex-Barca and also he will be able to track down the movement of his fellow national team mate Marcelo. More over that, Dani has been in huge attacking mode with Juventus and it is almost becoming sensations due to the fluidity in his play with other Juventus' players.

Just take a look how Dani waits for the ball to pounce a counter-attack..

He may look unstoppable but should not with the team who has mighty midfielders. We should not let him to reach our deep half. This is really vital task for us because if we let him cruise in, he will really confuse our defenders and their forwards will be set loose.

WHAT DO WE NEED?

All we need in our finals is,

1. Very well Balanced play and should not give opponents to outperform us even-though Allegri is a tough nut to crack.!

2. Take an earlier advantage. It really helps us to focus on our balanced play so that we don't need all-out attacks to bring our game back. Juventus will easily make use of our full attacking mode to inflict their deadly counters.

3. We should be dominating more on their psychological attitudes in such a way to create a trembling effects on them which will tumble them down. We really need this mind game to scare their hearts to blast our ball into the net.

4. Both teams' depends on the attacking contribution from their full backs. We should never do mistakes in airballs and longballs. Believe in Zidane.

5. We don't want any of our players to be inactive or invisible as Benzema played in El Clasico.

Which formation you want for our finals against Juventus?