Now, another match is added to the long list of thrillers.

In this years campaign, Real Madrid drew Ajax in the round of 16 matchup and were heavily favoured to move onto the next round. The first leg saw the current title holders win 1-2 in Amsterdam but the team wasn’t able to hold onto their lead.

Ajax put on arguably the best performance of their season ripping Real Madrid to pieces with a 1-4 win making the bout 3-5 on aggregate.

It was very clear the young and thriving Dutch side came to the Esatadio Santiago Bernabeu with only one thing in mind: winning. So what went wrong for Madrid? This is supposed to be ‘their competition.’

Issues stemming from prior matches

Before making their way back into European competition, Santiago Solari’s men had a tough schedule. Throughout February, Los Blancos had to play a Madrid Derby and three El Clasico’s, while also playing Ajax in the Champions League and Girona and Levante in LaLiga.

At first, everything was going as planned. They drew 1-1 against Barcelona and the Camp Nou, won 1-3 against Atletico in the Estadio Wanda Metropolitano and beat Ajax in Amsterdam, 1-2.

Everyone was talking about the team’s hot streak but eventually, everything came crumbling down.

Losing to your biggest rival not once, but twice in your own backyard without even scoring a goal hurts the ego, no matter what.

In addition to that, the players were building up injury issues due to the lack of rotation on the pitch.

Leading up to the second-leg, players such as Karim Benzema, Vinicius Junior, Luka Modric, Toni Kroos, Raphael Varane and Sergio Reguilon were racking up a lot of minutes on the pitch and their form was decreasing as a result.

With such heavy reliance on these players, Solari strained the physical capabilities of his strong starting XI and did not give enough time for substitute players to get back into their groove,

It is no surprise that a youthful side with players in prime fitness were able to pounce on players who were struggling to maintain their form. The injuries to Lucas Vazquez (29’) and Vinicius Junior (35’) just emphasized the team’s struggles.

Another reason that preceded Madrid’s early departure was the lack of leadership on the pitch.

In the first leg, Captain Sergio Ramos carried a handful of yellow cards to his name and knew one more would mean a suspension. So, rather than taking the chance of being dismissed in the quarter-finals, he purposely made himself unavailable for the return leg against Ajax.

The football world’s reaction towards the decision was split 50/50. Was it smart or was it foolish? Regardless of the public opinion, the Spaniard would not be able to partake in the match and that left a massive gap in the team not only physically but mentally.

Ramos is the type of player that is able to either summon his teammates or calm them down when need be. He has the ability to dictate on the pitch and unify his club and he bears the armband very well. But without him, the team can easily lack harmony.

Usually the next person to step up and take control of the team is Marcelo, however, the Brazilian was also out of the match so Solari gave the armband to Benzema who just did not do enough on the pitch. He was not able to bring his team together to try and turn the tie around.

As a result, everyone was playing their own individual game, running all over the pitch in and out of position with no real flow or movement with the ball. Modric is a key example of this sporadic playing style. Throughout the 90 minutes, the Croatian was running all over the grass acting as an attacking midfielder, striker, winger and central defender all at the same time.

Yes, being over-worked and having no leader cause major implications in a match but in the end, everything falls on the ability of two teams on the pitch and Madrid were sub-par.

Erik ten Hag and his team came to accomplish the unthinkable and while it was a mighty task, they had the quality in their squad to make their dreams come true.

One immediate challenge for Solari’s men was to find a way to close down Frenkie de Jong.

The 22-year-old Dutch midfielder was in complete control. He won the midfield battle against Kroos and Modric having an 89% pass success rate, 2 completed dribbles, three tackles and played as if the ball was glued to his feet. The German and Croatian looked foolish and inexperienced in comparison.

Dusan Tadic was another player which Real Madrid struggled to stop throughout the game as whenever he was in possession of the ball, he made it worthwhile. Again, due to the lack of leadership on Los Blancos’ side of things and the individual mindset, the players weren’t really clicking with each other and rather had shots on target themselves.

Tadic on the other had only had eyes for his teammates and the goal and he moved with determination towards Thibaut Courtois over and over. He finished the game with 5/13 keys passes for Madrid, two of which were assists and scored a stunning goal himself. 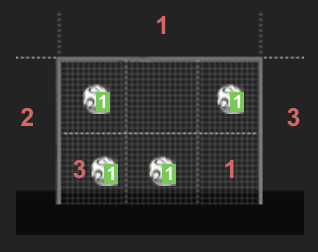 Ajax had 16 shots compared to Madrid’s 20 but made the most of their opportunities. De Jong and Tadic had a hand in creating a lot these chances.
WhoScored.com and WhoScored.com

Then on top of all the work upfront, the Dutch team played solid defence at the back compared to Madrid’s gaping one. Adding to the host teams struggle to move forward and successfully convert a goal, Ajax Captain Matthjis De Ligt and co. put on one of the best defensive shows of the season in the competition.

The four defenders made it very apparent that they let the attacking players do the attacking, much unlike Real Madrid’s decision to let wing-backs play forward.

Noussair Mazraoui, Daley Blind, Nicolas Tagliafico and De Ligt all moved as a unit and covered almost every possible opening that Solari’s team could exploit.

On top of this, they cleared the ball more than 30 times, made 22 blocks and keeper Andre Onana made seven saves compared to Madrid’s 8 clearances, 11 blocks and four saves from Cortouis.

Combine that defensive masterclass with Madrid’s lack of attack after the 35-minute mark and their individual mentality and Ajax were set up for a comeback.

Of course, all the individual efforts made a difference in the match but the biggest discrepancy between the two teams was their mentality.

For years, Real Madrid have almost expected to win these European matches having done so for the last 1,000 days but they entered the Estadio Santiago Bernabeu without any real drive or determination.

Ten Hag’s team, on the other hand, visited the Spanish capital full of creativity, enthusiasm and hope.

They played a very unpredictable game unlike the hosts and were looking at different ways to score goals rather than be repetitive in their attack. The free kick from Lasse Schöne is an example of that.

All in all, the loss to Ajax was simply full of flaws. Beyond the lack of rotation, leadership and determination, it just was not Real Madrid’s night.

The team went down early, hit the woodwork twice, lost two forwards due to injury, continuously missed opportunities, were part of VAR controversy and eventually went down a man.

While that summary may look like a complaint list, Ajax simply came to get the job done and they succeeded in doing so by being the better team.

Everyone knew it would only be a matter of time until the 13-time champions would fall and the way they did was certainly stylish.