The Story of The Welsh Dragon.

My first article hope you find my POV on Bale career accurate if not feel free comment!

On his first season at Madrid real won Copa del ray with an amazing goal from him and also won their 10th Champions League title with himself being on the score sheet for the final scoring the 2-1 which was arguably the winner for the match. 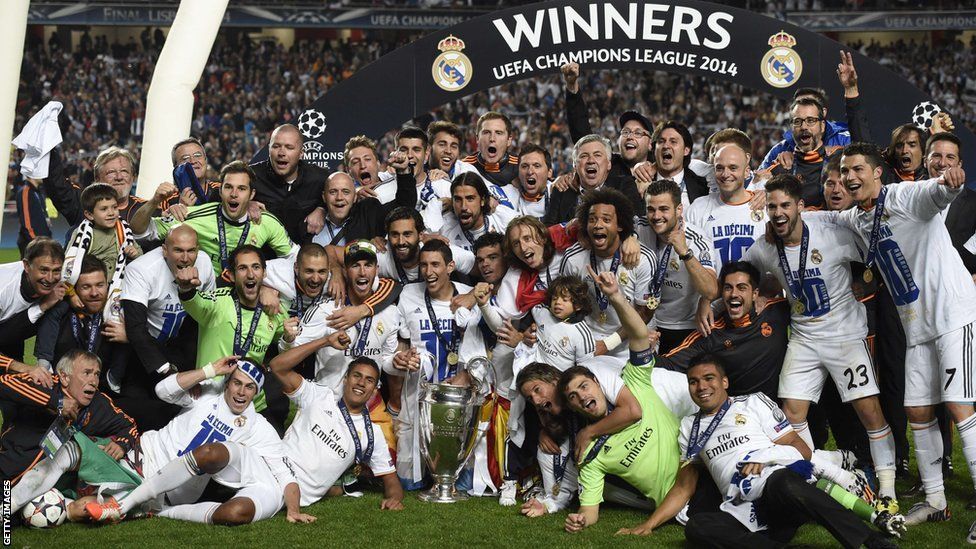 But even after bale achieved so much with Real Madrid

In 2018 Zidane openly asked for Mane from Perez to replace Bale and the deal almost happened but never materialized because Zidane quit.

In June 2018 Zidane decided to step down after winning his 3 Champions League title in a row Bale that season had 39 games 21 goals 7 assists along with him Ronaldo left the team and left a void to cover.

In Lopetegui term we saw him try to make the upcoming star (then) Asensio be the main man to lead the Real Madrid attack but he not only refused to take the burden but even failed miserable. If i were Bale who has won 3 CL and carried Madrid attack for a couple of years along with Ronaldo & Benzema be consider supporting field to a young star i would be devastated. We could clearly see by then Bale signs of dissatisfaction by then.

After we sacked Lopetegui, Solari took over and the issues with Bale seemed done he performed much better under Solari but so did many other players like Vini , Reguilon, Llorente but ultimately some poor results got him sacked as well.

Now we are Almost at the end of the season and Real Madrid announce again the coach who wanted to replace him last season Zidane. As Zidane is a fan-favorite coach he couldn't really go against him. We saw Zidane clearly "over-rotating bale after a decent run he had in first few games.

In November 2019 Bale said his famous quote " Wales , Golf , Madrid" and that was the start of the end with real Madrid supporters.

The season was postponed till June 2020 due to Covid and after the return Bale He saw Zidane asking for "Hazard & Mane" again meanwhile he was benched for the remainder of the season.

After Hazard transfer materialized he asked to leave the club. An offer from China came but the club refused to allow him leave.

After Real Madrid board reached a dead end with Bale decided to kick him so to reduce wages as a loan to his previous club Tottenham.

In June 2021 Zidane departs again and bale has new hopes reignite his career at Madrid but after a few decent appearances he got injured.

After returning from his injury he finds himself as the third option for Real Madrid right wing
He stayed more than a couple on games as a bench player without being called to play even a single minute.

After an injury of Benzema he called to cover him in the game vs Villareal and seemed like he had to play against PSG BUT Ancelotti preferred to bench him again and use half fit Benzema as a starter.

After that game and until Barcelona game which was again Benzema injured his name wasn't even mentioned he was on Bench and wasn't playing and seemingly annoyed to be called only when Benzema is injured he brought medical bills he was having back pains to miss the game.

What made the fans turn completely against him is the fact that Bale played for wales in the following weekend with Wales and performed amazingly that most even considered if bale should be called a legend or not.

Bale from 2013 to 2019 was undoubtfully one of our best performers, He was pivotal for winning all the titles and was present to all the finals putting some world class performances. From 2017/18 Bale started to be disrespected by Zidane showing his clear admiration to another player on his position which was actually performing worse than bale and had similar ages. Zidane & Perez made bale feel less important than he really was and that made Bale feel unwelcomed to the club (He wasn't the only one.).As i don't want to put the blame solely to Lopetegui for promoting Asensio over Benz or Bale be the main man as we know Asensio was Perez favorite and Zidane resigning for the club destroyed any chances of Bale receiving the praise and recognition he deserves. So in my honest opinion, Bale acting like a douche this year it is unprofessional and disrespectful towards the SUPPORTERS but he is paying the club with the same coin. Real brought that behavior to themselves and this wasn't the first time Real did something alike Higuaín. Raul,Casillas,Xabi are some other examples that the club was looking for replacement when they were arguably some of our best performers. (Benzema for Higuaín when he had a 20goals season, Ronaldo for Raul , Diego Lopez for Casillas , Kroos & Kovacic for Xabi etc). I don't commend if this tactic is good or bad but it's definitely disrespectful to a club legend actively trying replacing him.

So the question that comes in mind is should he be a club legend or not? So now we go back to the question what is a Legend?
A legend is :


For example: Sergio Ramos is the player with most red cards in La Liga history but no-one remember that. Everyone remember he was an extraordinary leader and an amazing defender and same will continue to be in the future.

So the question is: Does bale has a "Legend" to be told to the future generations for his time as a Real Madrid player?


If you believe he has then you should consider him a legend. For me Bale has created an amazing legend in Real Madrid and i'll be happy to tell my children & grandchildren about the Welsh Dragon and the time he conquered the Europe.

Have a great day everyone !